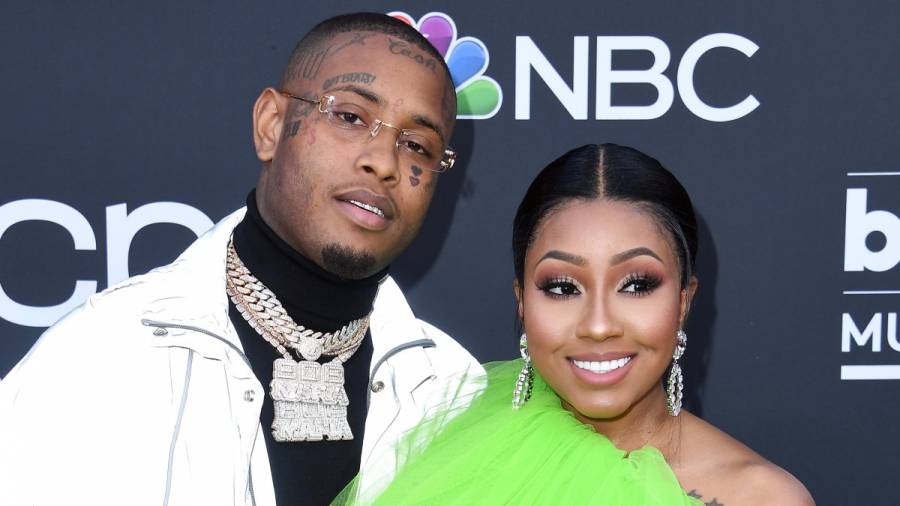 Yung Miami is single and her City Girls groupmate JT is ready to help her mingle.

The City On Lock rappers made the declaration on social media on Sunday (September 20), with a video of Miami toasting to her new life without her producer boyfriend Southside. The pair have been dating since 2018 and share a daughter named Summer who will turn one in October.

“Here’s to Yung Miami being single,” she says in the clip as JT cheers her on.

#PressPlay: #YungMiami said she’s back on the market 👀

JT then followed up on Twitter, making sure the world knows her girl is back on the market.

“My sister is single so we outside!” she tweeted. “This about to be a hell of a week.”

My sister is single so we outside! This about to be a hell of a week🥳

Miami’s been going through it as of late, battling online trolls who’ve been saying she can’t rap. After defending her verse on Chloe x Halle’s “Do It (Remix)” when listeners said she was off beat earlier in the month, Miami spoke out again on Friday (September 18) to reaffirm she’s in the game for good.

“Y’all say I can’t rap God said ‘I can’ that’s why I’m doing it he put me here,” she wrote on Twitter. “Why would I quit and this is how I feed my family? I got two kids that’s depending on me!”

And just in case fans weren’t sure the first time, she followed up with a little extra to let them know she’s not playing around. Periodt.

“Y’all don’t like my verses fine DON’T listen to them idgaf cause when we have concerts it be a bunch of mf in there screaming my shit!” she said. “On or off a beat bitch imma rap and you gone get these verses period!””