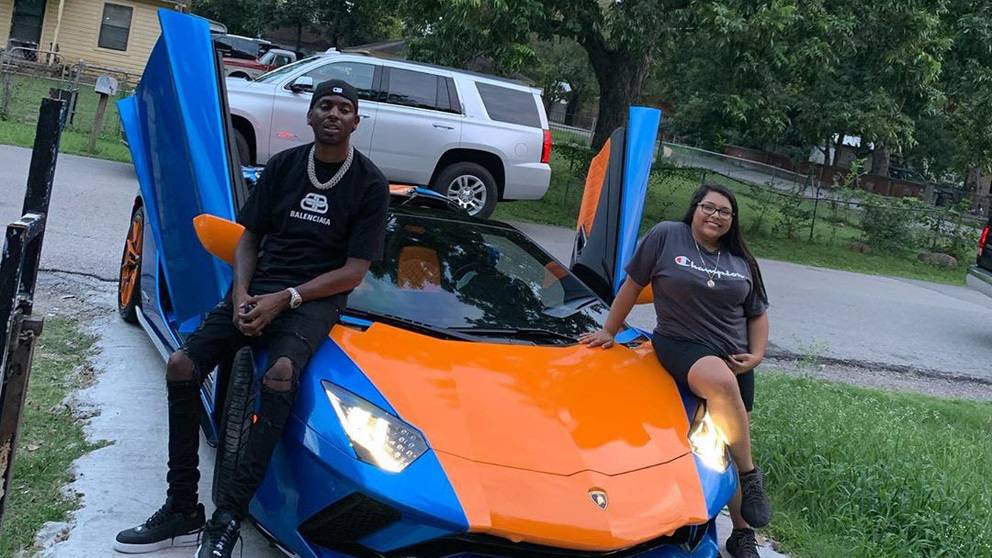 Dallas, TX – Young Dolph made a trip to Dallas to personally deliver his Lamborghini to the winner of his “Rich Slave Lambo Contest.” The Paper Route EMPIRE rapper pulled up to the home of 23-year-old nail technician Jack Davila and presented his 2018 Lamborghini Aventador to the superfan, who was overjoyed to say the least.

Dolph’s expensive prize was open to fans who pre-ordered his Rich Slave album or purchased merch bundles for the LP in August. Davila, who is four-months pregnant, reflected on winning the lavish ride valued at well over $400,000 on Thursday (September 17).

“Today was an experience like no other, I felt surprised, nervous, shook, in plain disbelief all at the same time,” she wrote on Instagram. “It never crossed my mind that I would actually be the winner and that YOUNG DOLPH himself would literally give me his car, his half a million dollar car at that. Every time my husband and I would go to his concerts I always told him ‘I wish I could meet him for once so he can know that I even exist and maybe smoke a blunt with him’ and to finally get to meet him like this is simply amazing.”

She added, “Young Dolph and his team were humble and treated me so kind, they congratulated me and thanked me for being a big fan, I was so speechless I couldn’t and still don’t believe it. He is definitely a role model, someone I have looked up to for years, and a huge motivation. This is a tremendous blessing for my family and I. I thank God for everything and hope one day I can be in the same position as Dolph to give to others.”

Davila intends to sell the vehicle to buy a new home for her family. Dolph gave his blessing to her plans.

Dolph’s Rich Slave debuted at No. 4 on the Billboard 200, becoming his highest-charting album to date. The LP sold roughly 65,000 units in its first week, reaching No. 1 on the Independent Albums chart.

Watch Dolph bring his Lambo to Davila below.

last week i walked in the garage to get on my 4wheeler and i looked at my Lambo and said to myself “Dolph u should give someone your aventador and let them enjoy it, u not doin nothin wit it”. So yea, now I’m about to give one of my fans my Lamborghini in the middle of a pandemic/recession 💙💙💙💙💙💙💙 Link in Bio