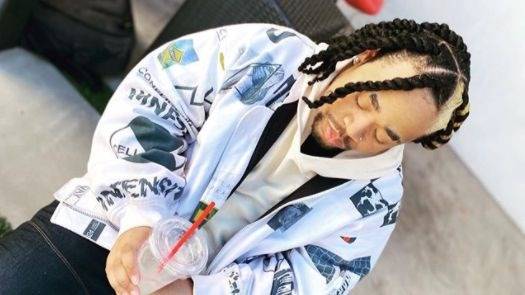 2020 has been unforgiving. Not only are we in the midst of a global pandemic but large portions of the West Coast are also on fire and the smoke is billowing across the United States. As the COVID-19 death toll continues to rise, more sad news has fallen into the laps of Future’s Freebandz camp.

According to multiple social media posts, Freebandz artist FXXXXY has passed away. Future confirmed the news in an Instagram Story post that included a recent text conversation between the two. He wrote at the top, “Just yesterday….GONE WAY TOO SOON @flawedupshawty.”

“Rest In Peace @FXXXXY214,” he wrote alongside a photo of the Dallas-bred rapper/producer. “CC forever.”

FXXXXY’s name started popping up in late 2016 when he dropped the HipHopDX-premiered Cartel Shawty EP, which included the standout single “20 Taliband.”

“Flawed Up Shawty is me trying to stay sane and avoid the darkness that this type of recognition swallows people in,” he said at the time. “It’s me trying to cope with losing a relationship with somebody that held me down for so long and shooting shots at everybody who’s been sneak dissing as if we don’t see them.

“It’s a lot more aggressive and less caring — letting the listener hear my flaws and things that’s not attractive. ‘Flawed up’ is slang for having this strong confidence even though you’re not beautiful to the world or maybe looked at as not valuable. It’s a reaction to whatever situation you find yourself in. It’s making ugly beautiful because you have no choice.”

FXXXXY has also worked with Lil Durk and Gunna, among others. In 2019, he announced a new EP called Far From XXXX along with a single called “Home.” His latest single, “Paranoia/#1 Stunna,” arrived in August.

FXXXXY was in his early 20s at the time of his death and no details surrounding the cause have been released.