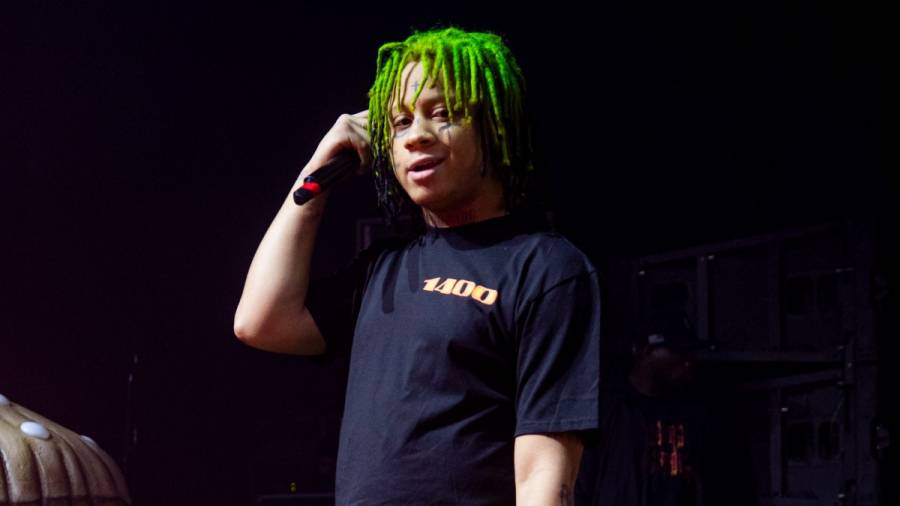 Kanye West has been on a multi-day Twitter spree with a focus on artists owning their own masters for the past few days.

And like several artists before him, Trippie Redd is all the way here for it.

In a video shared to his Instagram Story on Wednesday (September 16), Trippie sent a PSA to Ye to get in touch with him.

#trippieredd agrees with #kanyewest . He says Kanye should hit his line

While sharing over 100 pages of his own record contracts with Universal Music Group/Sony, Ye has taken on what he says is a God-given mission to bring major change to the music industry.

“THIS MOMENT IS GOING TO CHANGE THE MUSIC INDUSTRY FOR GOOD,” Kanye tweeted. “I FEEL SO HUMBLED AND BLESSED THAT GOD HAS PUT ME IN A STRONG ENOUGH PETITION TO DO THIS … EVERYONE KEEP PRAYING … ITS WORKING … I AM ON MY KNEES THIS MORNING.”

“UNIVERSAL WONT TELL ME WHAT MY MASTERS COST BECAUSE THEY KNOW I CAN AFFORD TO BUY THEM,” he wrote. “OK GUYS CHECK THIS OUT … I DONT HAVE A CONTRACT WITH UNIVERSAL … I HAVE TEN Rolling on the floor laughing THEY TRY TO BURRY US ALIVE.”

Trippie isn’t the only artist supporting Kanye, as Westside Gunn and Hit-Boy have also co-signed his sentiments – though Hit-Boy’s came with the added information that he’s not a fan of the Jesus Is King creator personally. Big Sean volunteered his contract to be reviewed by his G.O.O.D. Music boss, but he hasn’t said anything further.