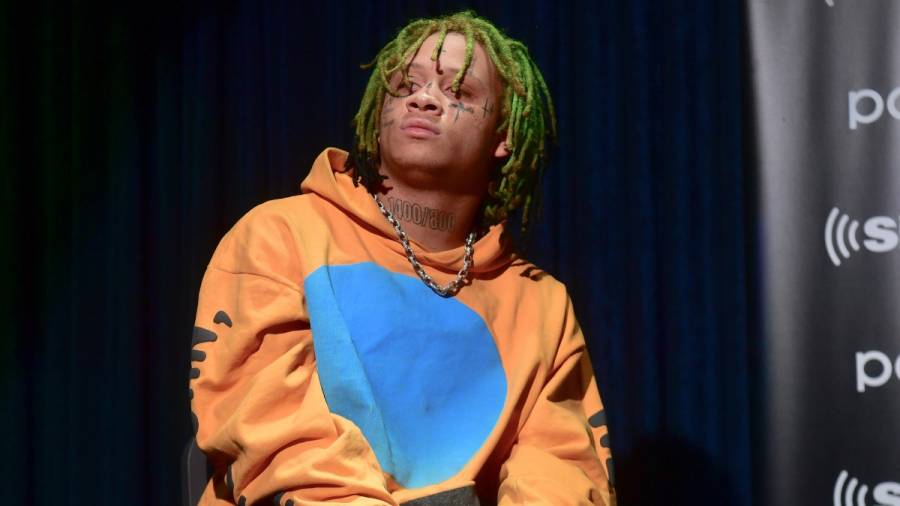 Trippie Redd may have found an alternative career if rapping doesn’t work out.

On Monday night (September 14), Trippie shared a video tattooing singer IV on her butt ahead of the release of their collab, “Swimming.” And in celebration of the single dropping, IV had Trippie ink the words “4 DAYS” on her.

#trippieredd giving a fan a tatttoo. Would u let ur fav artist give u a tatt?

In the post that followed his story, Trippie called out any potential haters who may have had something to say about his newfound hobby.

“I heard certain shit make y’all mad so, did that hurt your feelings?” he said to the camera before prompting them to call “1-800-YOUREABITCH” if they had an issue.

“Swimming” will follow Trippie’s new single “I Got You,” released on Friday (September 11). The Busta Rhymes-featured track interpolates Busta’s 2002 single with Mariah Carey, “I Know What You Want.”

“I Got You” will live on Trippie’s forthcoming album Pegasus, which he described as a “mystical” experience when discussing the project with Lyrical Lemonade in April.

No release date has been announced as of yet, but the album is available now for pre-save.