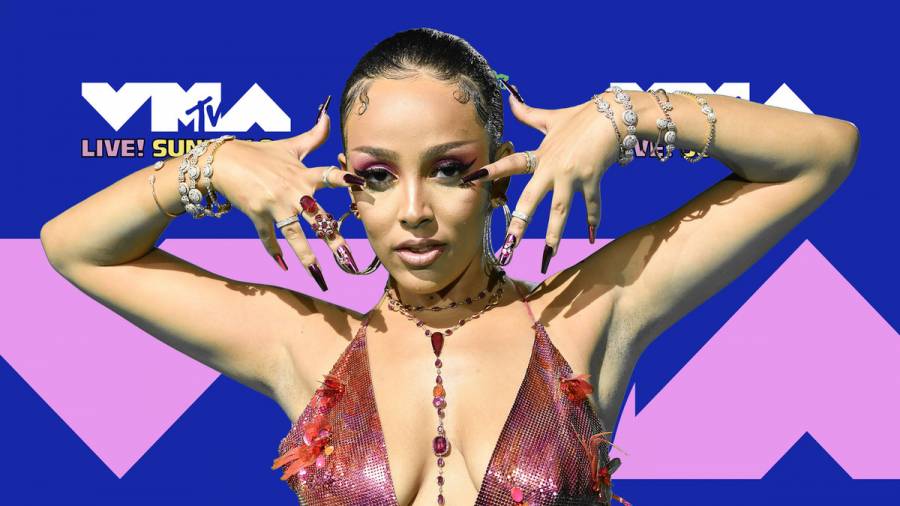 Doja Cat Refuses To Beef With Nas: 'I Love Him'

Doja Cat has no intention of beefing with Nas over his lyrical jab at her on the single “Ultra Black.” During an appearance on The Fat Joe Show, Doja was asked about the apparent diss and admitted she was excited to even be on Nas’ radar.

“I’m just glad he’s putting out music ’cause I love him,” she told Fat Joe. “I grew up on Nas, so to hear that, I’m like, ‘Damn.’ But also, ‘Damn, I fucking love Nas! Thank fucking God he noticed me.’ I love Nas, so I don’t give a shit. He can say whatever he wants. I really don’t care. If I love you, I love you. I don’t really give a damn about … you know what I mean?”

Doja noted her past comments about “Ultra Black” were meant to be humorous as she has no ill will for Nas. She also promised fans will never hear her dissing the Illmatic creator even if he wanted beef.

Nas’ “Ultra Black” was released in August as the lead single to his King’s Disease album. The track featured the following lyrics: “We going ultra Black, unapologetically Black/The opposite of Doja Cat, Michael Blackson Black.”

Nas Chalks Up His Doja Cat Diss To Just Rhymes: 'It's All Love'

In an interview with Power 106, Nas claimed the lyric wasn’t meant as an insult to Doja. According to him, her name just fit the rhyme.

Check out the full conversation between Doja and Joe below. Nas’ name gets brought up around the 11-minute mark.