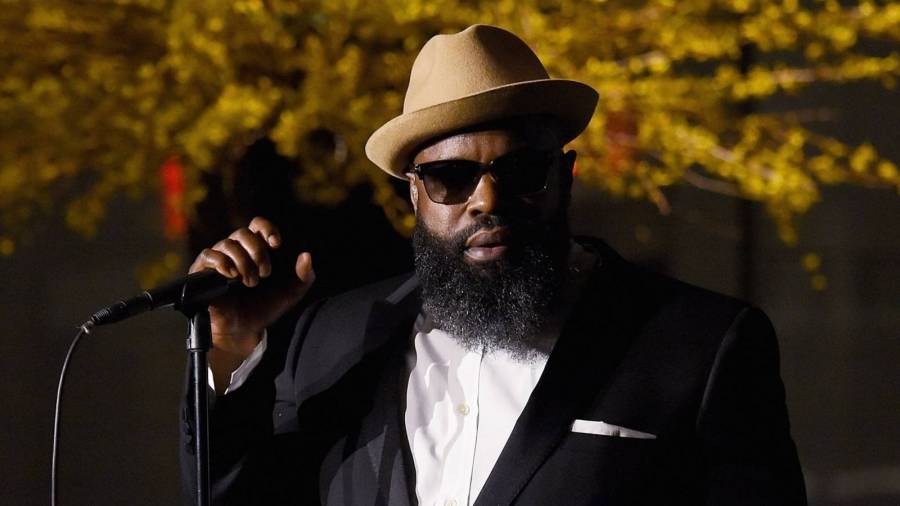 Not everyone is aware of the tragedies Black Thought has endured throughout his life. Beginning at a very young age, The Roots luminary had to grapple with traumatic events that would ultimately shape who he is today, including the murders of his mother and father who were both members of the Nation of Islam.

Black Thought, born Tariq Trotter in 1971, wasn’t even a year old when his father was killed. Although Thought didn’t go into much detail surrounding the murder, in 2017 he told the New York Times he heard his father was a “kind, chivalrous and very respectful” man. At the age of six, he remembers accidentally lighting his Philadelphia apartment on fire as he played with his plastic green Army soldiers, an incident that would change the trajectory of his brother’s life.

“I would use a lighter to melt parts of their body, to make it seem like they were wounded as they fought each other,” he told the Times. “I had done this many times, with no problem. However, on this particular occasion, the lighter got too hot, and it burned my hand. I flung the lighter away from me, and it ignited the curtains.”

Firefighters were able to extinguish the flames, but Thought’s brother Keith, who was 14 at the time, accused them of pocketing jewelry and smashing some family photos. A fight ensued and his brother was arrested, which ignited a long string of trips to jail.

But Thought soon found himself landing in trouble too. Thought’s first arrest came at 12 after he was caught tagging a basketball court in a South Philadelphia park. In high school, he started selling crack-cocaine as a means to make money but once his uncles found out, they shipped him off to Detroit for a fresh start.

Back home, his mother Cassandra Trotter had become horribly addicted to crack. Shortly after Thought returned to Philly to resume high school, he was informed she’d gone missing. Although that wasn’t necessarily out of the norm, the family felt something was wrong and started calling hospitals, jails and morgues. A woman matching Trotter’s description had turned up at one of the morgues and dental records confirmed it was indeed his mother. She’d been stabbed to death by a 22-year-old Philly man who lived just a few blocks away from her.

But rather than drown in rage and sorrow, Thought was able to channel his grief into resilience. In a recent interview with HipHopDX, the now 48-year-old Hip Hop legend explains how he used his trauma to create the powerful art that makes up the Roots’ extensive catalog and his increasingly more personal solo material.

“I feel like death, loss, tragedy, trauma, in and of itself can serve as something that sort of derails one’s trajectory,” he tells DX’s Kyle Eustice. “It can serve as almost a brick wall or just a journey that’s almost impossible to continue to traverse. Or, it can add fuel to the fire in that way. In my case, it very much has fueled me. It’s served as my main motivator. Like my motivation is the knowledge and the acknowledgement of the entire story that sort of becomes me. All of the dimensions, all of the nuances and all of the experiences — the good, the bad, and the ugly — from which I’m able to draw to tell these stories essentially go on to mean so much and so many different things to so many different people.

“I feel like that’s a gift and it’s something to be appreciated and not taken for granted, so that’s what I choose to do. I feel like so many who have come before me have sacrificed and dealt with their own trauma, loss and tragedy in order to make way for me to occupy the space that I’m able to occupy now. So it boils down to me not wanting to let them down. I don’t want to do my ancestors, my forefathers and those who came before me, even in this industry — related or not related — I don’t want to do them a disservice.”

Understandably, some people would fall apart if they had to face the murders of their parents. Or like Bruce Wayne, they’d turn into Batman. Thought fell into the latter category. Although it’s something he obviously lives with every day, he doesn’t let it dictate his life.

“It’s something I definitely carry with me and yet not very many people know how hard it was for me or whatever,” he explains. “I guess I’ve chosen not to wear it on my sleeve, so to speak. You often hear people say their history doesn’t define them, right? I’ve quite honestly chosen to live as more of a vision of the possibilities of the future than as one of a memory of the past.

“But in this new material, in recent years, it’s not like I’ve run out of things to say, but I feel like I’ve been a voice for the voiceless and sort of spoken for the people and for Philadelphia, and just from that perspective for quite some time. There are people who have been supporting me throughout my career, who still talk as though they didn’t know me. And some folks have made mention of, ‘Yeah. I feel like for as much as I know the Roots’ extensive catalog, I still feel like I don’t know you as a person.'”

On the song “Good Morning” from his forthcoming solo project Streams of Thought Vol. 3: Cane & Able, he raps, “I’m from the home of the ghosts-es, water plugs and wokeness, water bugs and roaches, drugs and overdoses,” a nod to his tumultuous upbringing and a clear indication Thought is looking more inward these days.

“It’s been a conscious decision and an ongoing effort for me to be more vulnerable and open up more and just be more honest and candid about myself and about my journey,” he says. “But that being said, I don’t want to force it. So it has to come out in an organic way based on the music or whatever the project is that I’m working on. But in recent years, I’ve been able to be just far more open because of it.”

The album title itself has to partially do with death and mortality. The “Cane & Able” part of the title is a reference to the biblical story of Cain and Abel, the first two sons of Adam and Eve. As the tale goes, Cain eventually murdered Abel and Yahweh punished Cain by condemning him to a life of wandering. But producer Sean C and Thought’s innate ability to fire off stacked bars also played into the name.

“The producer, Sean C, his last name is Cane,” he explains. “He’s quite literally Sean Cane. And me being one of the most able MCs, it’s a play on words as a nod to my ability and to him actually being Cane. And then also too, just a sign of the times, so to speak, and the original sin, I guess. It spoke to all those different things, so it made perfect sense to subtitle the album.”

Streams of Thought Vol. 3 was originally expected to arrive on July 31 but has been pushed back. In the meantime, check back with HipHopDX next week for Part II of the interview where Thought discusses one of the Roots’ biggest Hip Hop influences, the late Malik B, anxiety and more.