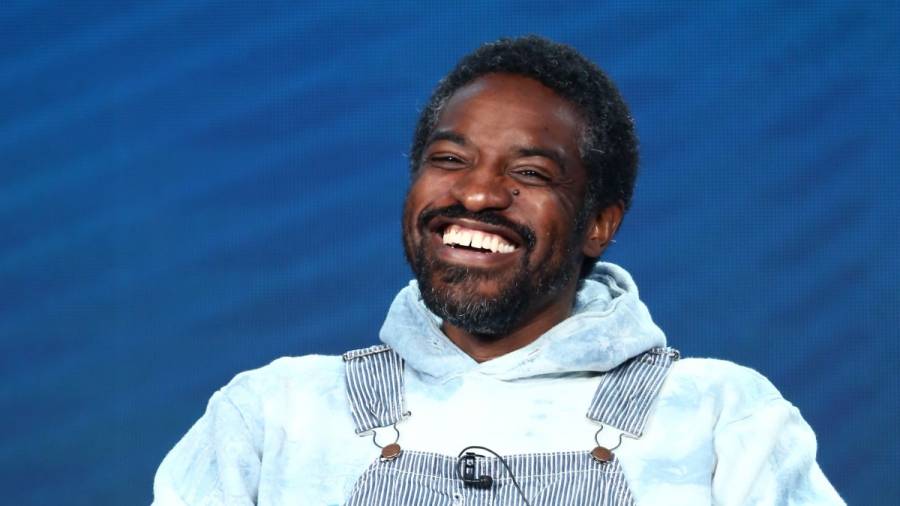 Staple Design founder Jeff Staple met up with André 3000 over the weekend for some lunch and shared a rare clip of the Outkast rapper that fans won’t be able to resist smiling at.

Grinning from ear to ear and seeming generally just filled with joy, 3 Stacks greeted Staple with a compliment of his attire and his flute in-hand – an accessory that has become a signature of André’s in recent years.

Last year, 3 Stacks was spotted playing his flute in places like an airport terminal and throughout the streets of Philadelphia. In the former instance, NPR radio producer Antonia Cereijido finally approached him after watching him wander and play for over half an hour and he happily posed for a photo.

“I saw a man walking around my terminal playing a flute for 40 minutes and was losing my mind because I thought it was André 3000,” she tweeted with the pic they took. “And then it WAS André 3000!!!”

Philly got the same brotherly love and several photos of Dre and his double flute posing with fans popped up on social media at the time.

3000 enthusiast Madlib recently told Complex he’d be willing to make an entire flute album with Dre if he ever got the chance to collaborate on a project with him.

“I mean, he can do a flute album with me if he wants,” the famed producer and DJ said. “Pied Piper and the beat conductor.”

Andre 3000 solidified legend status with his former group Outkast. Over the course of six studio albums, Dre and Big Boi won multiple Grammy Awards, sold over 25 million records and became one of the most successful duos of all time. The pair haven’t put out an album together since 2006’s Idlewild, but they’ve continued making music since. While Big Boi is still very active musically, Dre has been somewhat retired in recent years, though he did pop up with some production on Kanye West and Kid Cudi’s Kids See Ghosts cut “Fire” in 2018.