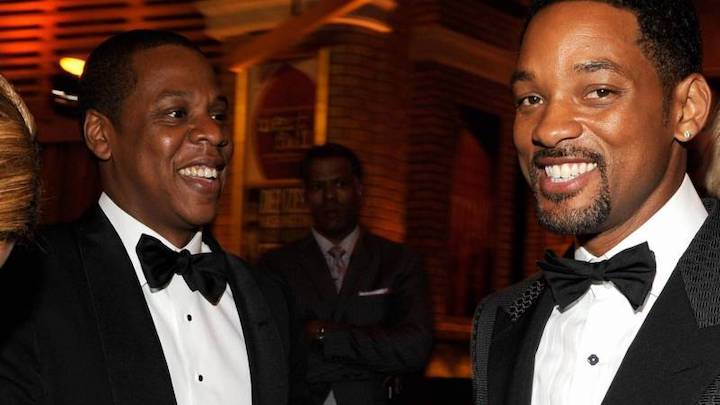 JAY-Z and Will Smith are partnering up to bring the story of Emmett Till and his mother Mamie Till Mobley to the small screen.

On Friday (August 28), ABC announced an official green light for Women of the Movement, a six-episode limited series focusing on Mobley and the moments sparking the beginning of the Civil Rights movement. Hov and Smith are part of a production team including Aaron Kaplan, Jay Brown and Tyan “Ty Ty” Smith of Roc Nation, Jamie Lassiter of Overbrook Entertainment and others. Marissa Jo Cerar will serve as series writer.

“I am thrilled to bring this project to television,” Cerar said. “It is unfortunately very timely, and my hope is to give the audience a chance to learn who Emmett Till really was – the boy, rather than the victim or the martyr – while also showcasing Mamie’s astonishing strength in the face of a mother’s worst nightmare.”

She added, “Telling Emmett and Mamie’s story is a responsibility I have not taken lightly since I began this journey last year, because this is more than a tragedy; it’s a story about a mother’s unwavering love of her son and her commitment to bettering the lives of all Black people. I can’t wait to start filming. With the brilliant Gina Prince-Bythewood as our director, we could not be in better hands.”

📸: Mamie Till Mobley stands before a portrait of her slain son, Emmett Till, in her Chicago home on July 28, 1995. Photo: Beth A. Keiser/AP. Retrieved from “Civil Rights Activists Seek Justice For Racial Violence in the name of Emmett Till” by Alice Speri for The Intercept. • • • Emmett Till was born today in 1941 (July 25, 1941). He would have been 79 years-old. We honor Emmett Till’s life as well as his mother, Mamie Till Mobley (; November 23, 1921 – January 6, 2003) a civil rights activist who fought tirelessly for justice for Till’s murder and for racial justice and equity. We will remember you both always. • • • #blackwomenradicals #mamietillmobley #emmetttill

The limited series was announced on the 65th anniversary of Till’s killing at the hands of two white men in Mississippi on August 28, 1955. The Chicago teen’s casket remained open at his funeral at the request of Mobley who wanted attendees to see how her son was brutalized and mutilated. Till’s death set in motion the Civil Rights Movement, resulting in the 1963 March on Washington and the 1965 Voting Rights Act and Civil Rights Act.

Gina Prince-Bythewood, who directed Love & Basketball, is set to direct the show’s first episode when it premieres in 2021.

The series has been a long time coming for Hov, Smith and their respective production companies. The initial Emmett Till miniseries was set to air on HBO five years ago with a different writer attached. Ultimately, the network didn’t pick up the series.

Feeling dismayed by HBO’s decision, the producers regrouped and chose to focus more on the women of the Civil Rights Movement such as Mamie Till and others. Now, the vital story can be told for a generation that may have been unfamiliar.