An ongoing lawsuit between “Fast Car” singer Tracy Chapman and Nicki Minaj could have dire consequences for the Hip Hop industry as we know it.

Shortly after Black Barbie released Queen in 2018, she and Funkmaster Flex conspired to unveil a previously unheard song called “Sorry” featuring Nas on his Hot 97 show. The problem? The track, which ultimately wasn’t included on Queen, sampled Chapman’s song “Baby Can I Hold You.” Consequently, Chapman filed a lawsuit accusing Nicki of copyright infringement.

According to The Hollywood Reporter, Nicki’s attorney told a court on Monday (August 17) the outcome “will have a significant impact on the music recording industry, one way or the other.”

Chapman’s legal team explained Nicki’s actions were “indisputably willful” because Nicki’s reps sought a license to Chapman’s composition, knowing Chapman was on the unwritten “do not sample list.” Although Nicki and her team persisted, their request was rejected.

In August 2018, Nicki fired off a Hail Mary, tweeting, “I’m torn, y’all help. Tracy Chapman, can you please hit me. omg for the love of #Queen.” Again, her request wasn’t granted, but Funk Flex wound up playing “Sorry” on his show anyway and the song was soon everywhere.

Chapman’s attorney John Gatti believes this is a clear-cut case, explaining in a brief, “The facts are undisputed. Ms. Maraj [Nicki] violated Ms. Chapman’s copyright by creating an illegal derivative work and distributing that work. Moreover, these actions were indisputably willful. Ms. Maraj had knowledge of the illegality of her actions and proceeded. Thus, Ms. Chapman’s copyright claim is appropriate for summary judgment.”

Meanwhile, Nicki’s legal counsel is focused on whether there’s “any copyright infringement from the creation of the demo recording.”

“In the process of creation, no one approaches the original songwriter for a license to experiment,” the court brief reads. “The musicians just experiment. If something works, and the recording artist wants to release the song commercially, then the record label, managers, and attorneys get involved and seek the required permission. 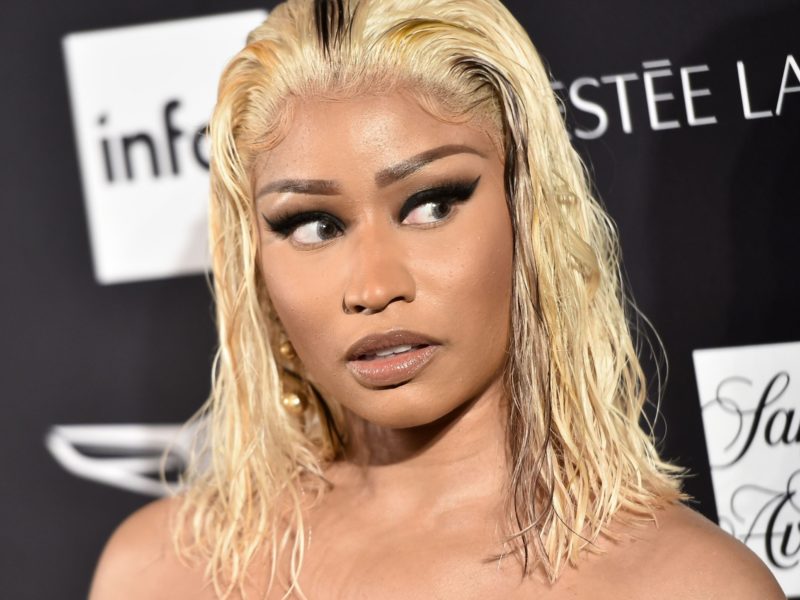 One of Nicki’s lawyers Eric George explained, “The plaintiff here, Tracy Chapman, wants to turn this process on its head.” It’s argued U.S. District Court Judge Virginia Phillips should rule Nicki’s demo recording of “Sorry” made fair use of copyright because it was “basically pure of purpose.” As the brief pointed out, “Indeed, creativity would be stifled, were artists required [to] seek and pay for a license before even experimenting with a work.”

Complicating the issue is Nicki herself released the song knowing the sample wasn’t cleared, but as the Grammy Award-winning rapper warned in court papers, “any legal loss for her on this subject should send a shiver down the spine of those concerned with the entertainment industry.”