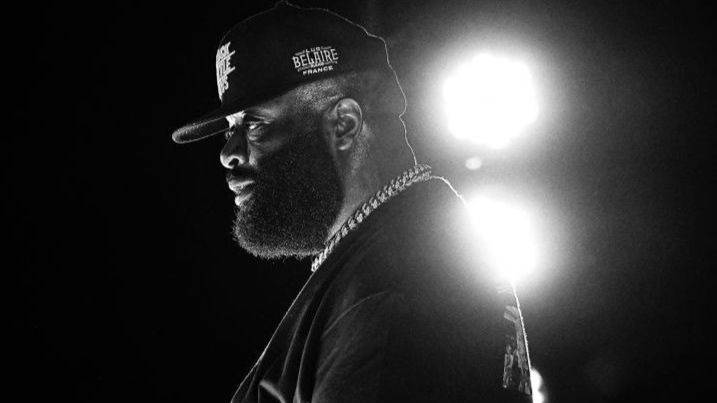 Kanye West has been stirring the pot lately with his controversial antics. His alleged 2020 presidential run is struggling to get off the ground and he aired out his family’s dirty laundry during his first campaign rally in South Carolina. Rick Ross, who’s collaborated with Kanye several times over the years, is casting his doubt and speaking out on his friend’s behavior.

During a recent interview with Billboard, Ross admitted Kanye had someone reach out to him and mentioned he can’t pass any judgment because he’s not quite understanding what’s going on with the Chicago native. Ross also demanded clarity with some of the inaccurate headlines before laying any criticism on Kanye.

“He had somebody reach out to me last week. I slept through the phone call,” he explained. “I just don’t want to drop him on his head yet because it ain’t clear to me what’s going on. I haven’t really did any due diligence, I just see what headlines come across, and we know a lot of that shit inaccurate.”

Ross continued with his thoughts saying he’ll be waiting for ‘Ye’s call and won’t miss it this time as he has a few questions to ask him. He even admits his friend’s situation isn’t showing any signs of improvement.

“I’m gonna wait for his phone call again and hopefully, I’m up to catch that motherfucker and ask a few questions. He gotta clarify some things, though. It ain’t looking good,” said the Miami native.

Following his conversation with Billboard, the Biggest Boss called Hot 97’s Ebro in the Morning show via Zoom to further explain his thoughts on Kanye.

“I’ma speak to him personally. Obviously, me seeing what ‘Ye doing, it don’t get my approval,” he said. “But like I said I’m responsible enough and have relationship enough with homie that when I speak to him, I pray homie give me that clarification.”

Ross also made a note suggesting if Kanye’s motives are fake then he’d have no problem speaking out against his friend. He did the same thing on the first verse of his new single “Pinned to the Cross” where he spoke on Terry Crews and his tone-deaf comments on racial injustice.