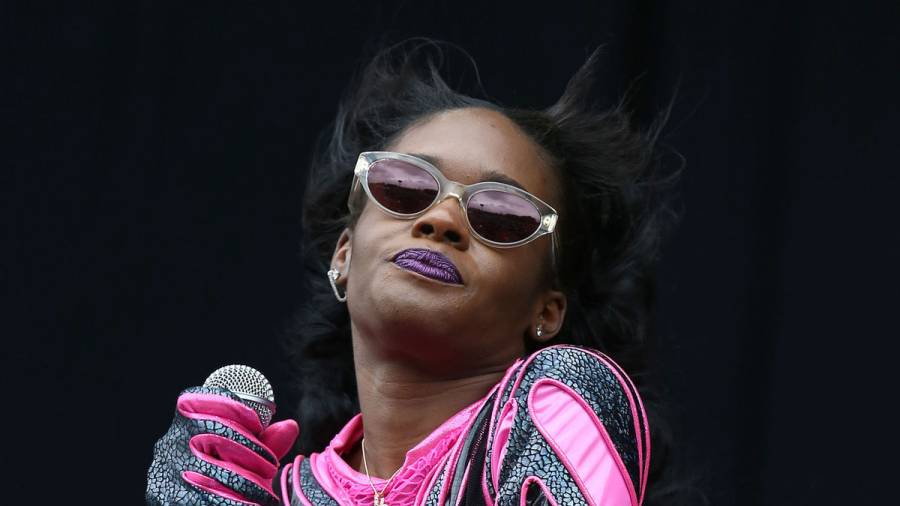 Azealia Banks is at it again — and this time, she’s taking aim at Kanye West. After Ye went on an abortion rant during his first campaign rally in South Carolina last month, Banks has evidently had enough.

On Friday (July 31), the outspoken rapper suggested Kanye doesn’t suffer from a mental illness — he’s simply hiding his homosexuality. Banks made the outrageous claim on one of her Instagram Stories, saying, “Maybe the fact that a lot of those mothers did not want to abort their child, you know? Maybe due to fucking systematic races and you know, you can’t make an equality.

“Maybe they had to give their babies up. Maybe there were a lot of tears that the women had to cry, you know. You ever stop to think about that, muthafucka? No, because you don’t have a fucking bipolar disorder nigga. You’re a closeted homosexual.”

Banks also urged Kanye to come out of the closet and “suck dick in peace.”

Following Banks’ proclamation about Kanye, she then decided to shave her head bald due to COVID-19.

“I’m about to have my Britney Spears moment,” she said. “I feel like Britney bitch on some 2007 shit. I’m going to shave my head, bitch, just to feel fresh again. The way these coronavirus cases are going around, I’m very scared to have someone take care of my natural hair. I’m going to keep a baldie … I’m going to be bald under these wigs.”

“I’m sitting here thinking that was the most rejuvenating thing I’ve ever felt in my life,” Banks said. “I’m about to be bald for fucking ever. That was the best shower I’ve ever taken in my fucking life.”

Azealia Banks cuts all her hair off ??‍♀️ pic.twitter.com/tLCJiQ3bVF

As for Kanye, he eventually addressed his inflammatory comments during the rally where he tearfully confessed, “I almost killed my daughter.” He didn’t appear to think anything was wrong with what he said.

“I cried at the thought of aborting my first born and everyone was so concerned about me,” he wrote in two separate tweets. “I’m concerned for the world that feels you shouldn’t cry about this subject. There is a tactic of 4 D’s Distract Discredit Dismiss To Destroy. I am quite alright. Take a second and think about what is being projected here.”

Kanye and his wife Kim Kardashian are reportedly trying to “save” their marriage in the wake of (what she’s saying is) Ye’s latest bipolar episode. She opened up about living with his condition in an Instagram post on July 22 and asked the public for “compassion and empathy.”