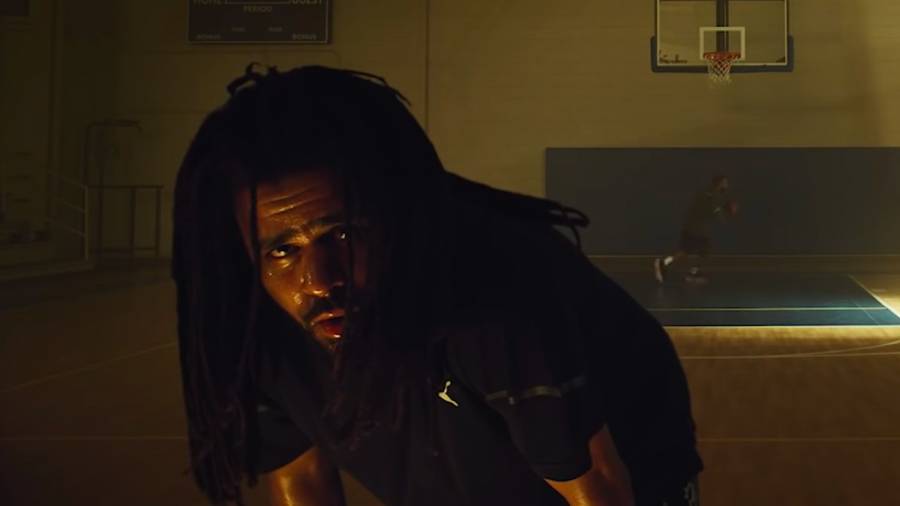 Ahead of the release of J. Cole’s first-ever signature sneaker, PUMA dropped a commercial starring the North Carolina native and narrated by Master P.

Though P doesn’t appear in the spot, he encourages Cole from off-camera as he works on his jump-shot in an indoor gym. Thanking the No Limit mogul in a Twitter post, it would appear Master P’s involvement came at the direct request of Cole himself – which some believe is an indication of a deeper meaning.

P once dabbled in both rap and the NBA at the same time when he played a preseason game for the Toronto Raptors at the height of his Hip Hop career. In a recent essay, Cole revealed he’s been toying with the idea of retirement as of late – while also mentioning how he had thoughts of trying out for the NBA around the time he got offered his Roc Nation contract. Because of all these moving parts, fans are speculating Cole may try to put down the mic for a basketball soon.

J. Cole Predicted He Wouldn't Fall Off By 2020 Years Ago

“However, as I approach the summit of this mountain, I still find myself staring at that other one in the distance, wondering if I can climb,” Cole wrote in an essay called “The Audacity” for Derek Jeter’s publication, The Player’s Tribune. “At 35 years old, I know that sounds crazy when said out loud, but I believe all of the best dreams do.”

The RS-Dreamer basketball sneaker serves as the first of several collaborations to come between Cole and the sports apparal brand. It arrives exclusively through Foot Looker Inc. brands this Friday (July 31) at a retail cost of $125.