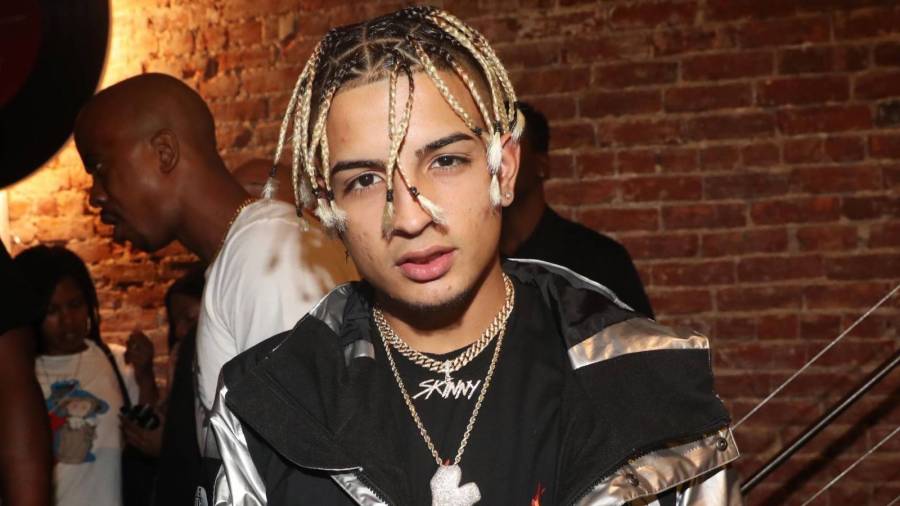 Skinnyfromthe9 was allegedly shot on Friday (July 24) but somehow managed to crawl on Instagram shortly after the incident.

Roughly 12 hours ago, the 24-year-old rapper shared a video clip to his private account which shows a police officer behind him, blue and red lights from the cruiser and Skinny laying facedown on the ground in just his boxers.

He wrote across the clip, “I just got shot.”

Some people started to hypothesize the incident was nothing but a publicity stunt, but Skinny’s management appeared to squash the chatter in a pair of follow-up posts captured by a Skinny fan page.

“Skinny is in the hospital we don’t know what’s going on he did get shot,” the first post read. “Pray for him. This is not a joke.”

ohgod pray for him…

The next message read, “We got into a shootout. We’re fine. Skinny is in the hospital undergoing surgery. But everyone should be alright,” suggesting there were multiple people involved in the incident.

Skinny first gained notoriety in 2017 with the song “Love Blast.” The following year, he signed with L.A. Reid’s HITCO label and released his debut mixtape It’s An Evil World in November 2018.

Last February, YBN Almighty Jay was suspected of robbing Skinny of a $40,000 chain, $20,000 Rolex and $20,000 in cash. Jay, who was filming a music video at the time, is allegedly seen on surveillance video approaching Skinny’s Range Rover with a member of his entourage and engaging in a brief struggle, then fleeing the scene.

Jay was ultimately cleared in the felony theft case in March.