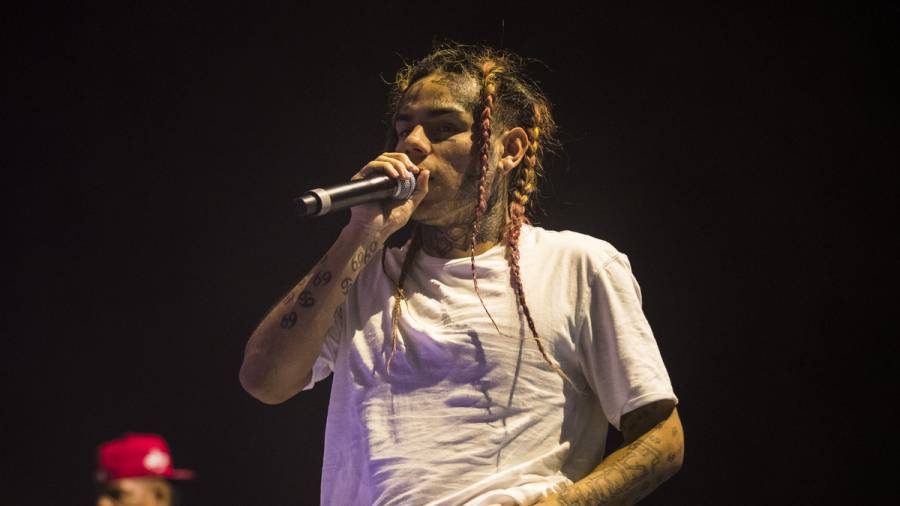 Tekashi 6ix9ine says he inked a seven-figure deal to perform his upcoming sophomore album at a livestreaming concert. The controversial rapper told TMZ he’s secured a $5 million payday from GlobalStreamNow for a virtual performance.

According to 6ix9ine, the livestream performance is scheduled to take place on September 5 at 8 p.m. Eastern. The virtual event will last about an hour and allow fans to interact with him online.

6ix9ine has been on house arrest since he was granted a “compassionate release” from prison due to the COVID-19 pandemic. He’ll be a completely free man in August, setting the stage for his livestreaming concert.

GlobalStreamNow hasn’t publicly confirmed the deal with 6ix9ine at the time of publishing. The platform allows users to sign up for livestreaming events for “as low as $4.99.”

6ix9ine hasn’t revealed a title or any additional details about his next LP. He’s said his virtual performance will include 12 tracks, which is the first indication of how many songs will end up on the album.

Since getting out of prison, 6ix9ine has released three singles. His second drop, the Nicki Minaj-assisted “TROLLZ,” became his first track to reach No. 1 on the Billboard Hot 100.