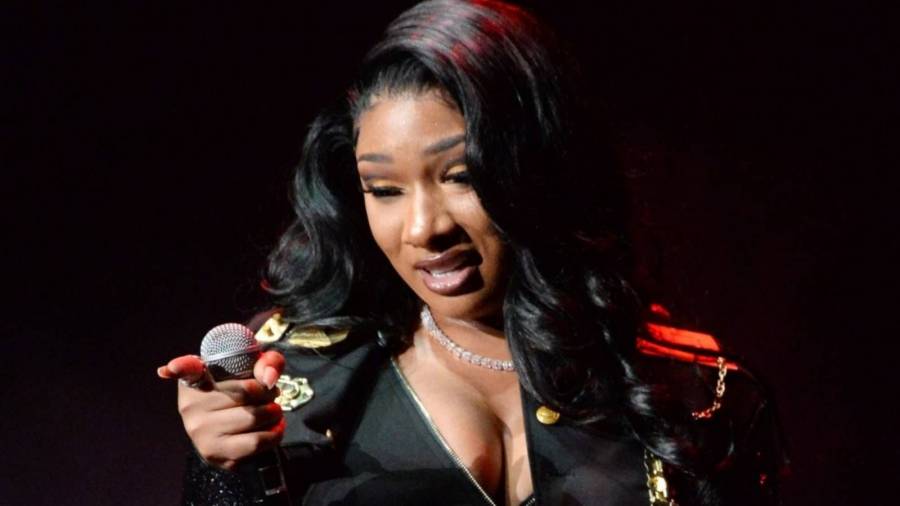 Megan Thee Stallion’s growing fanbase — sometimes referred to as “hotties” — is coming to her aid. On Thursday (July 16), not long after Tory Lanez was accused of being responsible for shooting Meg in the foot, Twitter blew up with sympathetic (and often hilarious) tweets defending the “Girls In The Hood” rapper.

News Lanez had been arrested in Los Angeles following some kind of argument started making the rounds on Monday (July 13) but by Wednesday (July 15), Meg (who was in the car at the time of the arrest) apparently felt compelled to iron out some of the details.

“On Sunday morning, I suffered gunshot wounds, as a result of a crime against me and done with the intention to physically harm me,” she wrote on Instagram. “I was never arrested, the police officers drove me to the hospital where I underwent surgery to remove the bullets.”

Meg never said Lanez was behind her injuries.

I was never arrested. This whole experience was an eye opener and a blessing in disguise. I hate that it took this experience for me to learn how to protect my energy.

But according to Page Six, Meg was outside of the black SUV they were riding in when Lanez fired multiple shots.

“Tory fired the shots from within the vehicle while Megan was outside trying to leave,” they reported. “There is video and the police are investigating. This is a case of a man physically harming and abusing a woman.”

A Los Angeles Police Department spokesperson wouldn’t confirm if there was video submitted in the investigation but did explain it any videos would “not be released until the case goes to court in order to protect the integrity of the case.”

The spokesperson added, “The detectives are seeking information regarding the shooting involving Daystar Peterson, and the investigation is still ongoing. I’m not privilege to what the detectives have right now.”

Whether Lanez is a suspect is irrelevant to Meg’s fans. They came out in droves to support her and offer to “handle” Lanez if he indeed do the crime.

Hot Girl Twitter on their way to kill Tory after they found out he’s the one that shot Megan: pic.twitter.com/zvjDNbxxiY

I will choke slam tory lanez short ass and take him out like some garbage if he actually shot megan pic.twitter.com/BpjRe48dL9

Me beating Tory Lanez ass after I found he actually shot Megan pic.twitter.com/1VtKZX2sZ3

Hotties we ride at dawn pic.twitter.com/f9Vwo5E4F5

The #Hotties when they found out Tory Lanez shot Megan pic.twitter.com/I1romd1Wpw

My twitter stopped working for a day to come back and find out Tory shot Megan???

HOTTIES WE ATTACK AT DAWN! THE FUCK! pic.twitter.com/j9cQ3SihsQ

Breaking: “Tory fired the shots from within the vehicle while Megan was outside trying to leave.”

so tory was lucky enough that megan was even chillin wit his dwarf ass and he had the audacity to go try and harm her… am i hearing this right pic.twitter.com/Vlt8kOmpJT

Hotties after finding out Tory tried to end Megan pic.twitter.com/pXebW9bCdf

Tory Lanez count your fucking days, you 5,3 bitch since you wanna shoot Megan, Black Twitter, Hotties, Barbz and the rest of the black community got something for you. pic.twitter.com/9gGbiL3ZUG

The Hotties and the Barbz going to K word Tory Lanez after finding out he shot Megan pic.twitter.com/AdjDcol3nn