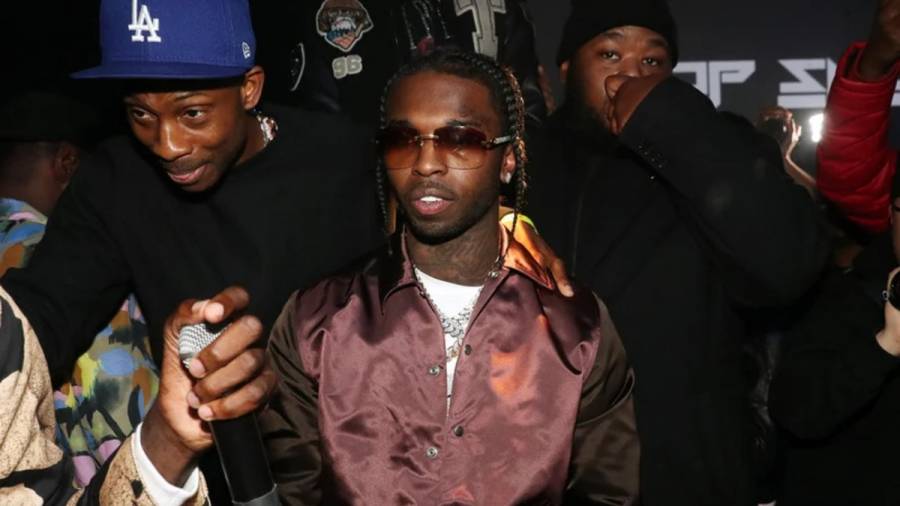 Los Angeles, CA – Five people have reportedly been arrested for Pop Smoke’s murder. According to TMZ, the Los Angeles Police Department served multiple search warrants around L.A. on Thursday morning (July 9), resulting in the arrest of five people believed to be connected to the homicide.

Sources close to the situation say three adults and two juveniles were taken into custody, although charges weren’t immediately disclosed. All five people will undergo a police interview and then be booked.

The Brooklyn-born rapper — real name Bashar Barakah Jackson — was shot and killed at a Hollywood Hills home in February in what police initially suspected was a home invasion. Initial reports said two men dressed in hoodies and masks broke into the house around 4:30 a.m. local time and fired multiple shots before fleeing on foot.

Emergency responders arrived at the scene and attempted to deliver CPR before transferring him to Cedars-Sinai Medical Center in West Hollywood where he died. Pop was 20 years old at the time of his death.

Pop was on the verge of releasing his debut album prior to the shooting. With the help of 50 Cent, Shoot For The Stars, Aim For The Moon — his first posthumous album — arrived earlier this month. The project is projected to premiere at No. 1 on the Billboard 200.