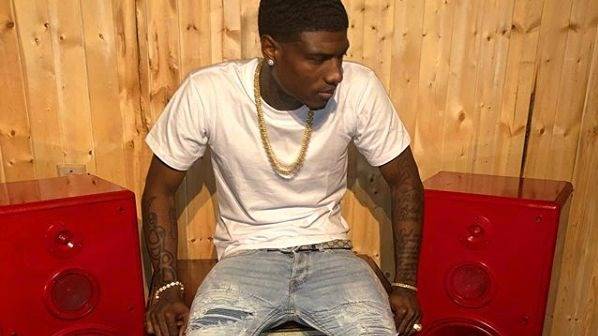 According to The Mercury News, Curt — whose real name is Curtis Denton — was speeding down Byron Highway south of Brentwood when California Highway Patrol says he lost control of his car around a bend. The vehicle flipped multiple times as it careened into the embankment. The CHP news release states Curt was thrown from the vehicle “through the sun roof and onto the dirt shoulder.”

When officers arrived on the scene shortly after 2 a.m. local time, they discovered a 2019 Dodge Charger on its roof and Curt on the side of the road. Medical support from East Contra Costa Fire then transported Curt to a nearby hospital via ambulance, where he was immediately pronounced dead. The mangled car was missing parts of its roof, front bumper and some wheels when the tow truck went to retrieve it.

Curt released a video for “Gang In This MF” earlier this month, while his 2009 song “No Bitch” recently regained traction on Tik Tok. In March 2019, YG, Tyga and Blueface sampled Curt for the Mustard-produced “Bop,” opening Curt up to a wider audience.

In the wake of his death, several Bay Area artists have taken their condolences to Twitter, including Kamaiyah, Kehlani and Guapdad 4000. Meanwhile, many of his fans are reeling that he wasn’t given the props he deserved while he was alive.

Rest In Peace to Young Curt a Bay Area legend 🙏🏾

RIP YOUNG CURT ! A Bay Area Pioneer who never got his credit . He influenced slang & production from the bay all the way down to LA artists who got on the wave

Rest In Peace Young Curt, a pillar in the Bay Area rap scene… Sending our condolences to his loved ones 🖤🙏 pic.twitter.com/sN6sN8f2dM

We're sad to see him go, but are grateful for the music he left behind – those songs will last forever, as will his memory. Rest In Peace Young Curt!

What was your favorite Young Curt song? pic.twitter.com/2Cf6tTSv4x

Man if Young Curt wasn’t your myspace profile song you have no ideal of the pain we going through right now.

Constantly see people saying people from the bay be hating, always worried about what LA people are doing, it’s honestly Love, but the reality is THIS happens all the time. It’s blatant, but the Bay Area gets bash cuz we ask for credit… smh. I hope Young Curt get paid!!! pic.twitter.com/ecdxZOwHPD

Mustard would not sound how he does without Young Curt