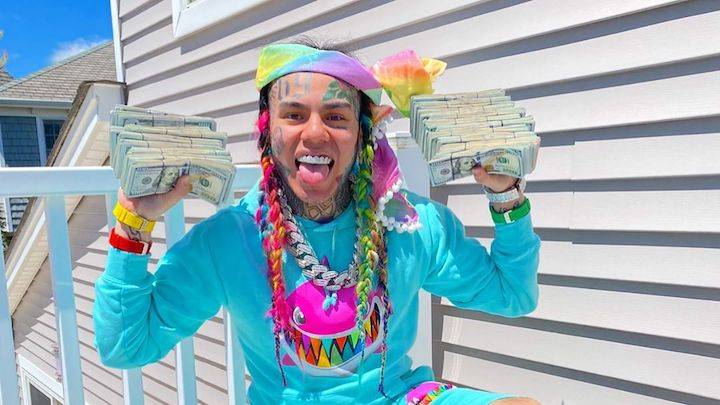 Tekashi 6ix9ine is counting the days until he’s back on the streets.

The “GOOBA” rapper took to Instagram on Saturday (June 27) with a warning for everybody, the self-proclaimed King of New York is about to complete another part of his sentence from pleading guilty in 2019 to federal racketeering, firearms and drug trafficking offenses.

He went on to count up the records he’s set for himself since his release in April. The rapper’s comeback single, “GOOBA” went platinum and the second single, “TROLLZ” with Nicki Minaj became his first No. 1 single on the Billboard Hot 100 chart.

While it is true that many of 6ix9ine’s achievements have come from his living room, they haven’t come without controversy attached to them. The New York rapper found himself at odds with everyone from YouTube to pop stars over the statistics surrounding his recent releases. His antics have even reportedly caused his lawyers to fear for his safety.

“I’m concerned,” 6ix9ine’s longtime lawyer Dawn Florio told the New York Post. “Lots of people condemn Danny [Daniel Hernandez] for cooperating with the government. Even a young gang member who wants to make a name for himself could try something.”

Florio added, “He’s in great spirits. But I won’t rest easy until he’s located in a different state with 24-hour security.”

Once he completes house arrest on July 31st, 6ix9ine will still be under a supervised release until 2025, due to the conditions of a plea deal he signed with the federal government in 2019.