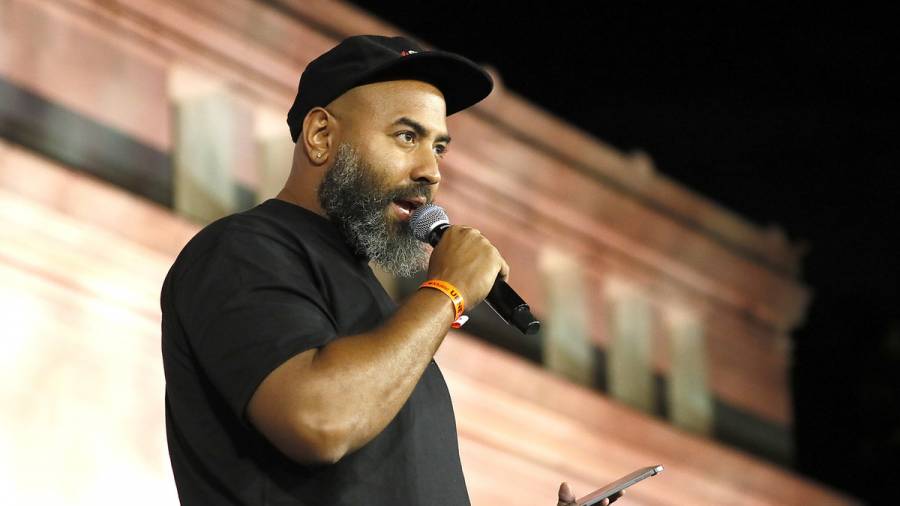 Despite 6ix9ine’s “TROLLZ” hitting No. 1 on the Billboard Hot 100, the Nicki Minaj-assisted single is noticeably missing from the upper echelon of Apple’s list of top tracks.

“This biggest songs in the world based on streams in @applemusic,” Darden wrote.

This biggest songs in the world based on streams in @applemusic

6ix9ine celebrated his first No. 1 single by airing out Darden and other figures working for streaming services, claiming they tried to prevent him from reaching the top of the Billboard chart. Darden serves as the Global Editorial Head of Hip Hop and R&B in addition to his duties at Hot 97.

“#1 ON @billboard YOU CANT STOP ME,” 6ix9ine declared on Instagram. “YOU CANT BLACKBALL ME. DIDNT I TELL YOU!!!!!!!!!!!!! NO RADIOOOOOOOOO (ZERO) @applemusic @spotify @thelarryjackson @carlchery DIDNT GIVE US ANY MAJOR PLAYLISTING on Spotify and Apple THEY TIRED SO HARD PUSHING SOMEONE ELSES SONG LET THE WORLD KNOW WHAT YA DID !!!! YOU CANT BLACKBALL MEEEEEE IM TO BIG OF A STARRRRRRRRRRRR … OH ANNDDDDDDD ALL THE FANBASES THAT TEAMED UP TO PREVENT THIS NUMBER ONE I SAW THAT TOOOOO.”

6ix9ine’s “TROLLZ” reached No. 1 on the Hot 100 and Billboard’s digital song sales chart, selling roughly 116,000 copies during the week ending June 18. According to Nielsen Music/MRC data, the track racked up 36 million U.S. streams over the same period.

Despite 6ix9ine’s claim of having “no radio,” the data tells a different story. The rapper’s chart-topping single actually had 1.2 million radio airplay audience impressions for the week ending June 21.