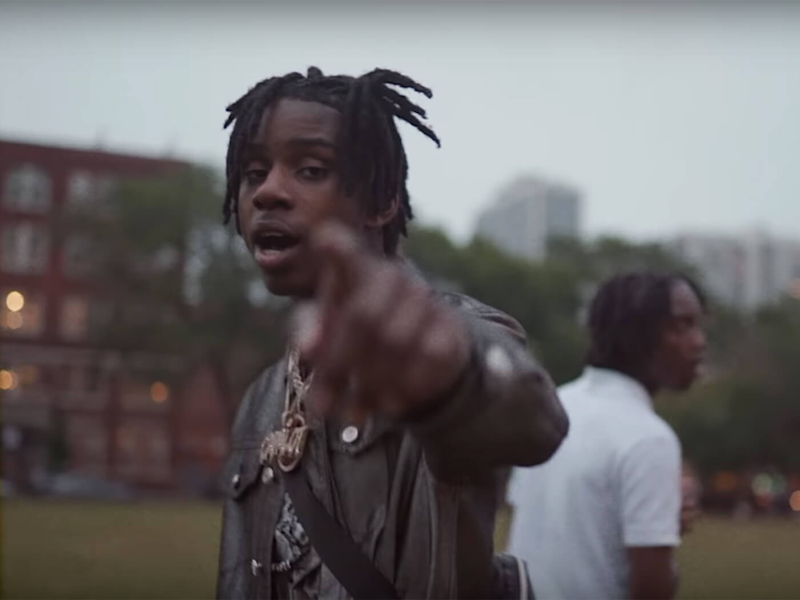 Calabasas, CA – Several California police departments, such as San Francisco and Los Angeles, have been required to wear face masks while patrolling city streets for the past month. However, Polo G says he hasn’t seen any officers donning the protective gear in the self-isolating state and pointed out the hypocrisy in an Instagram Story.

“Idk About any otha Cities or states but in Cali I never seen not 1 police officer wear a face mask u would think that would be a priority of theirs considering they posed to b enforcing social distancing & stay @ home rules… while leading by example,” he wrote on Tuesday (May 5).

Adding insult to injury, Los Angeles residents have reportedly been required to wear a face mask in public or risk paying a $1,000 fine since April 1. This could begin to change in later weeks, though, since California Gov. Gavin Newsom announced on Monday (May 4) that some businesses will be able to reopen by the end of the week.

Polo has been spending his social distancing time readying his forthcoming sophomore album, THE GOAT — the follow-up effort to 2019’s Die A Legend — for a May 15 release. Last week, the Chicago native raised a few lucky fans’ spirits with a special cash giveaway of $1,000.

The Chicago-bred rapper has been very upfront with his concern for social distancing. In a recent interview with Everyday Struggle, Polo said that he was wearing a mask and gloves while in the studio.

Check out his PSA below.

#PoloG gives his opinion on officers wearing masks in CA.