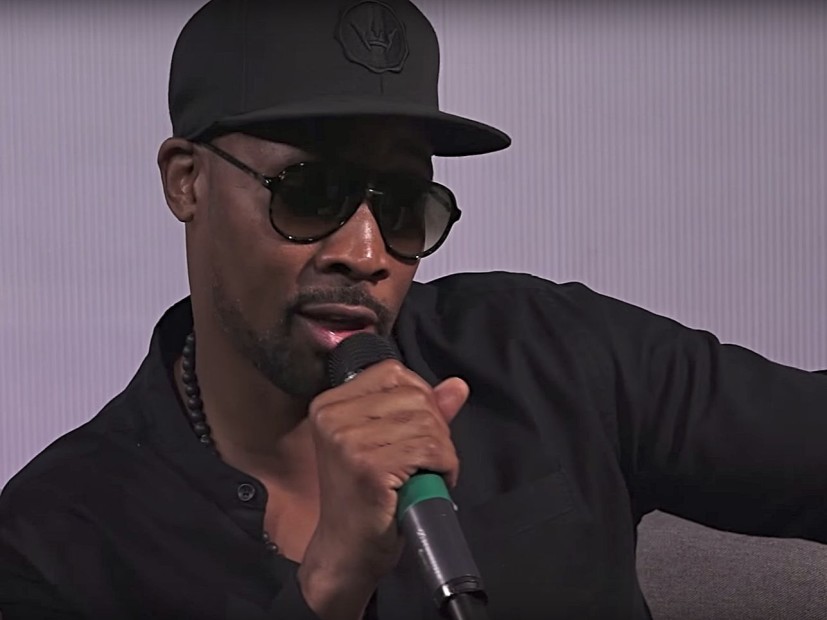 RZA To Screen 'Shaolin Vs. Wu Tang' With Live Commentary For 36 Cinema Launch

RZA is bringing classic films and expert commentary to the world of live streaming. On Friday (May 8), the Wu-Tang Clan luminary will screen the 1983 kung fu film Shaolin vs. Wu Tang on a newly-launched platform called 36 Cinema.

We just launched @36cinema today. It’s a first-of-its-kind experience from @36chambers designed to live stream a movies + provide live commentary + take audience questions. This Friday we go live with our first movie, Shaolin vs Wu Tang—the movie that inspired the name. It’s a movie that very few people in America have seen. In fact, we were able to get our hands on one of the only 35mm prints in the world. I’ll be providing live commentary and taking your questions along with Dan Halsted from @thehollywoodtheatre. Grab a ticket via the link in bio (use code “digital” for 20% off the next 48 hrs). Join us on Friday to celebrate a great kung fu film and the launch of our new platform.

Live commentary will be provided by RZA and The Hollywood Theatre’s head programmer Dan Halsted and include personal stories and industry insights related to the film.

Viewers can pose questions during the screening, which will be moderated by Mustafa Shaik, co-founder of 36 Chambers – RZA’s lifestyle company focused on music, film and fashion.

Shaolin vs. Wu Tang proved instrumental for RZA. Not only did he derive the Wu-Tang Clan’s name from it, but he also sampled the movie for the intro on “Bring Da Ruckus,” off their iconic debut album Enter the Wu-Tang (36 Chambers).

According to 36 Cinema, Shaolin vs. Wu Tang “is a movie very few people in America have seen.” In fact, Halsted is providing what may be the only 35mm print of the film in North America.

The screening begins at 9:15 p.m. EST. Tickets and further details are available here.

RZA has been involved in the world of live streaming during the course of the quarantine, recently facing off against DJ Premier in a Verzuz battle where the two veteran producers showed off their extremely versatile catalogues. The battle had 90k people visit the livestream within just two minutes after the stream began.