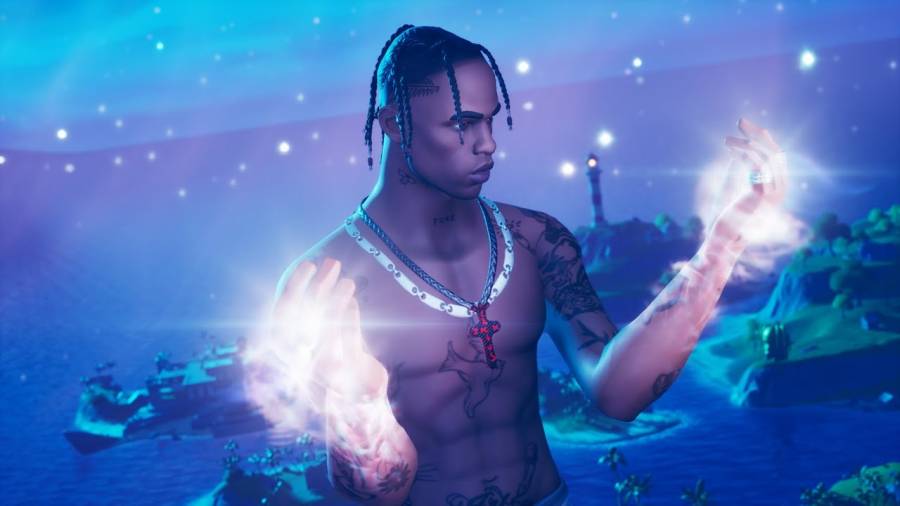 Travis Scott‘s Fortnite performance not only set the bar for virtual concerts but managed to set a viewership record in the process on April 23.

According to Epic Games, an estimated 12.3 million concurrent Fortnite players participated in the concert as Scott brought his fiery Astroworld set to the virtual world for a near 15-minute set. It also was the stage for the premiere of the “Sicko Mode” rapper’s “The Scotts” collaboration with Kid Cudi.

The 12.3 million turnout was largely helped by stay-at-home quarantine orders mandated across the globe as well as the promise of “The Scotts” single. The Houston rapper’s concert broke the previous live fan record as 10.7 million fans logged in for EDM artist Marshmello’s virtual performance back in February 2019. The figure also doesn’t account for additional ways those may have viewed the concert on streaming platforms such as Twitch and YouTube.

Epic Games set additional “tour dates” for Scotts virtual performance to go live to accommodate fans across the globe throughout the weekend. They also added him to their Icon Series to let players get his outfits, emotes, gear and other accessories. Gamers who attended the concert events were also promised access to the Astroworld Cyclone Glider as well as two loading screens for free.

Scott himself got in on the merchandising bundle by releasing a Nerf gun, an action figure and brand new jerseys.

As for why Scott partnered with Epic Games and Fortnite, it makes perfect business sense. Fortnite already reigns supreme as the biggest game in the world as it raked in $1.8 billion in revenue in 2019 after earning a record-breaking $2.4 billion in 2018, according to SuperData.

In the past, Fortnite has been tied up in a number of claims that they were stealing their dances from prominent creatives like rapper 2Milly, The Backpack Kid and Alfonso Ribeiro’s famous “Carlton Dance.”

This time around, the video game partnered directly with Travis, so it appears they are wanting to create organic partnerships with Hip Hop moving forward.