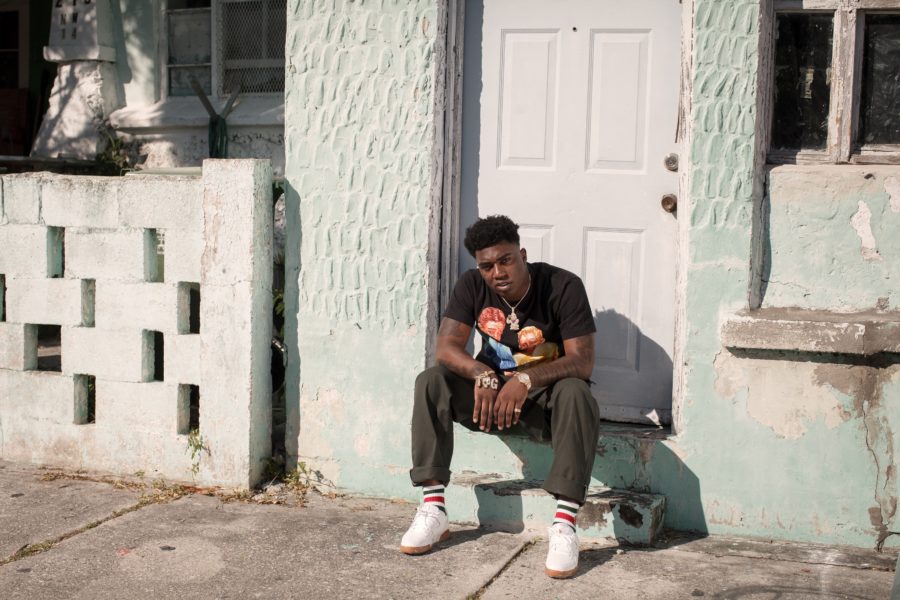 Why Does Fredo Bang Feel Like He's The Most Hated In Hip Hop?

Fredo Bang had quite a successful year in 2019. After dropping three mixtapes over the course of eight months, the Baton Rouge rapper signed with Def Jam Records, becoming the historic label’s first artist from Louisiana. He also hit one million followers on Instagram, amassed over 300 million plays on streaming platforms and accrued 121 million views on his YouTube channel. If anything, Fredo should be happy with his accomplishments, but as he tells HipHopDX over the phone, “I feel like I’m the most hated in this [Hip Hop industry].”

With a past like Fredo’s, it’s easy for his critics to place labels on him no matter how hard he tries to shake them. But despite having several run-ins with the law and nearly facing 40 years in prison for an attempted second-degree murder charge all before turning 21, Fredo is making sure none of that defines him.

He isn’t a big talker, rather saving his thoughts to lay down on tracks, hence why he recommends you listen before passing any judgment. For his first project in 2020, Fredo put together Most Hated, a collection of songs that tell the different stories that makeup who he is. “I’m peeling back the layers so people can know who I am instead of paying attention to the negativity,” he tells HipHopDX.

“I played in the band for eight, nine years of my life playing in concerts and marching bands, and I was also a college student,” Fredo revealed. “When you listen to my music, you’ll see you can’t judge a book by its cover. Calling myself the most hated is like reverse psychology. You hate me now, but you’ll love me later on when you hear these stories.” This isn’t the first time that Fredo has taken this tell-all approach with his music.

On the first few listens of Fredo’s discography, you’ll notice the number of hard-hitting street anthems in his arsenal. But nestled deep within his catalog are songs where Fredo gets introspective like “Pain Made Me Numb,” “No Mo,” and the tribute to his fallen friends Krazy Trey and Da Real Gee Money, “Father.” He even explores the various stages of love on “Oouuh,” “Nobody” and “My Ex’s,” just to name a few.

Fredo is following the same formula he’s been using throughout his whole career on Most Hated. You’ll find the conventional street bangers, but Fredo is opening up, even more, this time around. Like on “Let Me Tell You (Kianna)” where he yearns for his ex’s love or on the song “Traffic” that has Fredo express his fearlessness with life, there are more stories to be told than just the grizzly tales of street life in Baton Rouge. “I have a creative mind,” he says. “I done seen a lot of things and like almost everything I say, I’m bringing those things to life with my music.”

HipHopDX continued the conversation with Fredo Bang as he talks more about his new mixtape Most Hated, looks back on his successes, signing with Def Jam, expresses his goals for his rap career, the impossible task of unifying Baton Rouge rappers and more.

HipHopDX: Over the past year, you’ve really blown up in popularity. At this point in your career, what does that mean for you and your future?

Fredo Bang: Oh, it just means that my work ethic is paying off and I still got a lot more to go, but I’m progressing.

HipHopDX: How do you look back on everything you’ve gone through since starting your rap career?

Fredo Bang: I feel like what I’ve been through has made me who I am and that’s why I’m able to go through all these challenges because I’ve been through worse. If it doesn’t kill you, it only makes you stronger.

HipHopDX: I noticed whenever you hit a roadblock, you turned to music as a place of solace. Can you talk about the love you have for Hip Hop?

Fredo Bang: Oh yeah. It’s not just Hip Hop, I’ve always done more types of music. Like I said I was in a band when I was younger so music has always just been a love and passion for me. Music is an art of feelings, so it’s easier to channel your emotions and the challenges that brought you through music. These songs and the words are everything that I go through. So, I mean it’s just a gateway.

What Day Should I Drop #mosthated ⁉️🤔🦍

HipHopDX: At one point in your life you were facing 40 years in prison. Did you ever think that you weren’t going to beat that?

Fredo Bang: The person wouldn’t sign the affidavit, and I went to court 24 times. It started to get going but then got pushed back and they wouldn’t let me go. I got to feeling a certain way and then at some point, I really just stop caring you know what I’m saying? Because at the end of the day, the life outside of jail may have stopped, but your life inside jail has still got to stay on point. It institutionalized you. You live in a war zone 24/7.

HipHopDX: What are some of the things that you learned while dealing with all those tough times that you brought over into your music career? 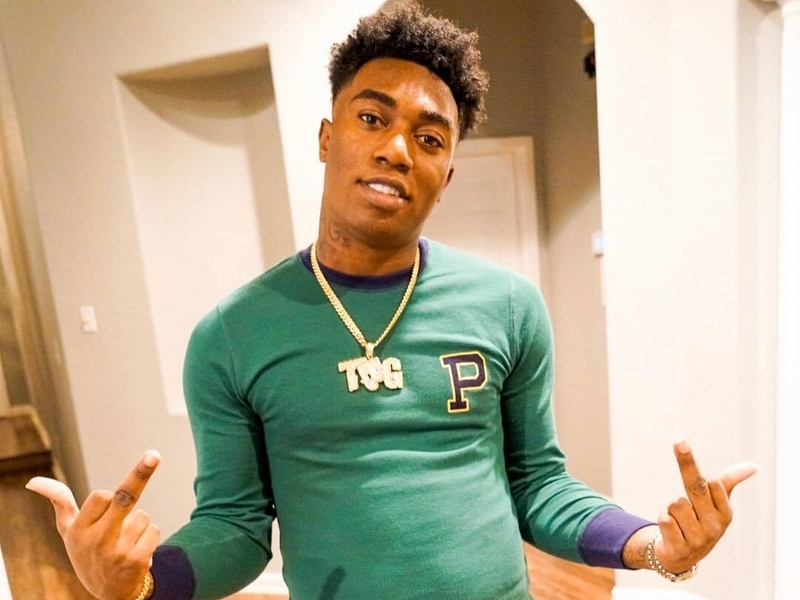 Fredo Bang Reacts To His Face Being Used As A Piñata

HipHopDX: When you finally got out and you really locked in on the music, you eventually found a home with Def Jam. What made them the ideal place for you to call home?

Fredo Bang: They were the only label that cared just only about my music. They didn’t care about the situations they saw on blogs or anything. So, it made it more natural and more appealing. My goal really is to focus on my music and grinding for the better. So, if we’re going to work, it’s going to be about me and not what you see on blogs and stuff like that.

They love me there and I feel like they’ve created a bunch of careers already so that’s what I’m trying to do with this. I’m not just trying to have one year of making music. I’m trying to make this into a complete career for the rest of my life.

HipHopDX: With a label that’s so legendary like Def Jam, what is something you’re bringing to the table that you think they don’t already have?

Fredo Bang: I mean, for one, they never had a Baton Rouge artist or one from Lousiana. I’m urban already and they ain’t have nobody in my range in a while. I just give a more uncut, raw version of the streets. Beliefs and stuff like that, but I’m an uncut version of that.

HipHopDX: A lot of people are talking about your music and your stock continues to rise. But you feel you’re the most hated. Why?

Fredo Bang: I go through different things and it’s like when you take away all my different fans and stuff, I feel like I’m hated. But again it’s a reverse psychology thing with me because you know they always say they’re going to hate you before they know you. So, I really took it as that. I really feel like some people judge before they listen. Like I said don’t judge any book by the cover. I feel like if you really get to sit down and really get into my music, you will understand more of me and you’ll come to love me. We all need some loving.

HipHopDX: Besides feeling like you’re the most hated, what else inspired this mixtape?

Fredo Bang: On my tape, you’re getting all my emotions. So you know, you get me talking about my ex and how I used to love her. You get the street side of me. You just get different angles from me.

HipHopDX: How did you improve your sound for Most Hated?

Fredo Bang: This one flows differently like the production. I wouldn’t say different production, but me and my producers just sat down and ate. We put more into it like try to innovate the sound so you get different styles of production. Like I say, diverse cadence and stuff like that. More melodies. The whole tape is just leveled up.

HipHopDX: I want to talk about the features real quick. What made Moneybagg Yo, Little Baby, and YNW Melly the best supporting acts to help you tell your story on this mixtape?

HipHopDX: On “Trust Issues” you say “Life is good but a nigga still got trust issues”. What do you still have issues putting your trust in these days?

Fredo Bang: Mostly people. With people these days you don’t know someone’s truth is really the truth. But in order to find out though, you have to give them a chance. So, that’s a scary thing.

HipHopDX: You really got emotional on “Let Me Tell You (Kiana)”.

Fredo Bang: Yeah. That’s my ex that I was living with while I was in jail. I mean it was a part of me that I had to cut off and there’s a lot with that and why it was so emotional.

HipHopDX: The South has been a dominant force in the Hip Hop industry for over 20 years now, thanks in part to the unity rappers have with each other. It seems different from rappers in Baton Rouge. Would you want to see more unity amongst you guys?

Fredo Bang: Most definitely. I would love to see the city come together, but it’ll never happen though because our culture and our city are naturally like this. Baton Rouge is a death trap. Half the people that are into it, don’t know why they into it. So, it’s not like other cities that get into stuff like that. People naturally just see each other and don’t like each other. That’s how we were raised.

HipHopDX: Would you want to be that artist to extend that olive branch and bring everyone together? Baton Rouge has proved to be a breeding ground for talented rappers and could possibly be on the level of Atlanta if it weren’t for all the issues.

Fredo Bang: I mean I wouldn’t mind. I have been trying it, but like it’s just not happening. Also because everybody from our way raps and you know you got a lot of talented people, but they just don’t have any platforms or gateways to even get heard. I feel like if we all were on the same page and helping each other, probably so.

HipHopDX: Once it’s all said and done, how do you want to be remembered in the Hip Hop industry?

Fredo Bang: By my music and just by my character. You know what I’m saying? I’m different from everybody. But to see how I’m different, I mean you have to know me to learn that.

Follow Fredo Bang on his Instagram page @fredobang and stream his new project Most Hated down below.