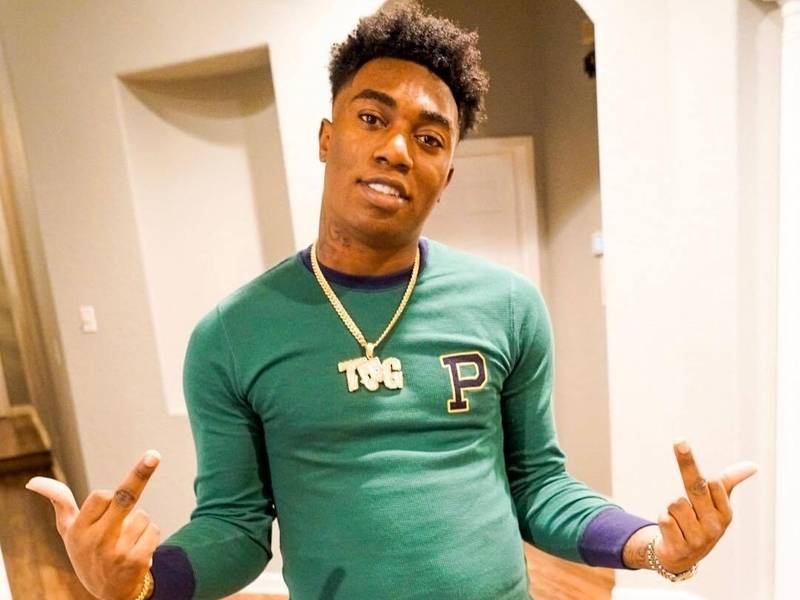 Fredo Bang Reacts To His Face Being Used As A Piñata

Fredo Bang is upset with a family that used his face for a piñata at a birthday party. A video of a group of children punching the object with his likeness on it made the rounds online.

In the footage, a child can be seen delivering a combination of haymakers before a group of his friends rush the piñata and join in on the fun. Fredo’s face was apparently chosen due to his beef with fellow Baton Rouge native YoungBoy Never Broke Again, which elicited a comment from Fredo.

“It ain’t no beef between me and dude, social media made it look like that,” he wrote in a since-deleted tweet.

Parents put Baton Rouge rapper #FredoBang’s head on a piñata at a party so their son could punch on it…. parents taking it too far?? via @saycheesetv

Fredo Bang apparently mad about a child’s NBA Birthday themed party😂. They had him as the piñata pic.twitter.com/Fo8Zb6VW4c

Fredo wasn’t amused by the footage though, responding to the clip by asking for a fight. He also called for some respect to be put on his name by the family throwing the party.

“Fuck dem kids. I just want my fade with the brudda and parents,” he said in another since-deleted tweet.

Fredo’s new mixtape Pain Made Me Numb is out now. He also recently released his “Mongoose” video, which can be seen below.