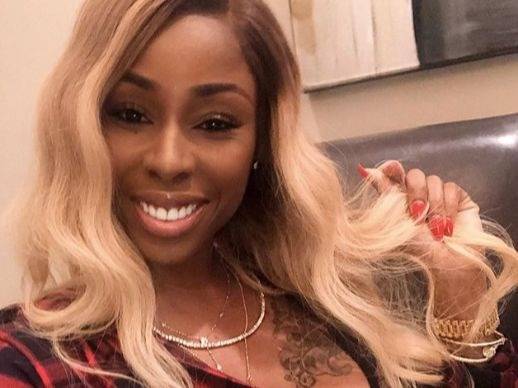 Future has reportedly accused Eliza Seraphin, another mother to one of his many children, of referring to her 10-month-old baby girl Reign as a “check baby.”

According to TMZ, Future’s legal team defined the term as “slang terminology describing a child conceived solely for the purposes of extorting monies from the father of a child in the child support setting.”

The multiplatinum-selling rapper alleged Seraphin only wanted the child to extort money from him. He claimed during an online interview with one of Seraphin’s friends, he was told Seraphin researched the amount of child support the other mothers of Future’s children were receiving to determine how much she could collect.

Future also said the same friend told him she was taking fertility pills to increase her chances of getting pregnant.

Despite never officially copping to paternity, Future reportedly said the child would only need around $450 a month. That amount is based on a financial affidavit Seraphin filed in court, detailing her monthly expenses.

Last month, Future asked a judge to get Seraphin a psychological evaluation and claimed she was dangerously obsessed with him. He wants a Broward County Judge to toss out the case.

Seraphin’s Instagram handle currently reads, “JUST TAKE THE TEST,” a clear indication she wants proof once and for all. The Blast reports she’s also denying ever calling her child a “check baby.”

“At this point, even I’m tired of hearing about the case,” she said. “It’s much easier to just be responsible. Honestly. And for the record, I have never referred to Reign as a ‘check baby.’ Others who dislike me have. People can make claims all day, but that’s a bit much. I love my baby and it shows. And that’s all ima say.”