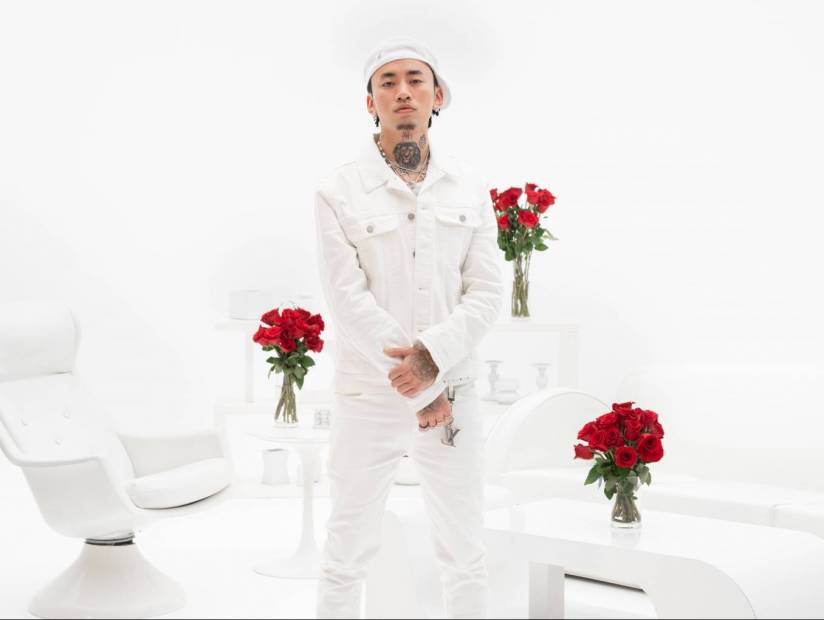 As the leader of the Chinese Hip Hop group Higher Brothers, Chengdu-based artist MaSiWei has garnered international acclaim. Last year’s Five Stars featured heavyweights like Denzel Curry, Ski Mask the Slump God, and Soulja Boy and solidified their crossover appeal. To kick off the new decade, every member of the group plans on releasing a solo project this year.

Before his debut album Prince Charming drops on February 28, MaSiWei spoke to HipHopDX about the inspiration for his new album, the origins of Higher Brothers and how young artists can achieve success.

HipHopDX: When did you start making music?

MaSiWei: When I was in high school, I started making beats. And then when I went to college, I focused on making beats and started rapping.

HipHopDX: What inspired you to start rapping?

MaSiWei: When I was in high school, I liked to play basketball. I’d watch AND1 mixtape and there was Hip Hop [playing] in the background.

HipHopDX: Who were some of your early influences?

MaSiWei: So, I liked 50 Cent because I watched the movie Get Rich or Die Trying because the movie made me interested about him and his music. And Soulja Boy because he’s so special. So yeah, I like him. Big L, he’s got a special flow. He’s so old school but even though he’s no longer alive, he’s still the best. I learned a lot of raps from him.

HipHopDX: How did you get involved with Higher Brothers?

MaSiWei: We used to live together back in 2016. We lived in the same apartment. We had a home studio. We didn’t have a job. We made music every day. So, we had a bunch of songs come out. Then I said we need to have a mixtape to get some money so we can go on tour together. And our first song was called “Higher Brothers.” So I said, “let’s just make a group called Higher Brothers and drop a mixtape called Higher Brothers” and then everything just started.

HipHopDX: How was Higher Brothers received in China?

MaSiWei: They liked us. They were proud of us.

HipHopDX: How did you get connected with 88rising?

MaSiWei: They sent me an email. They said they heard our music somewhere and they wanted to work with us. So we tried to release a few videos with 88rising but not a record deal at first. So we dropped “Made In China” and dropped the “Black Cab” music video and we got to go to the States and start a record deal.

HipHopDX: Why do you think Higher Brothers has been so internationally successful?

MaSiWei: We are so Chinese but we still do some international. We do real Hip Hop music but we are still ourselves.

HipHopDX: How do you add something unique to the Hip Hop scene?

MaSiWei: We are confident. We have talent and everybody’s so special. We have four members in the group but everybody’s different. When we perform, we got energy. Even though they don’t understand what we say, we got power and energy and we represent China.

HipHopDX: On your last album with Higher Brothers you collaborated with prominent Hip Hop artists such as ScHoolboy Q, Soulja Boy, and Denzel Curry. Can you tell me about those experiences collaborating with them?

MaSiWei: That was amazing. Like Soulja Boy, Schoolboy Q, Denzel Curry, and Ski Mask – we fuck with them so much. They are all our idols. Like I told you about Soulja Boy, I listened to him when I was growing up. It’s so amazing that I got a chance to work with them. And when the song came out, it just made us more confident and made us want to get better and better.

HipHopDX: Did any of those artists teach you anything about Hip Hop?

MaSiWei: They make music so fast and it’s like their language. They just go with the flow but the songs come out so naturally that it made us want to be better at writing music.

HipHopDX: What was your creative process like for your debut solo album?

MaSiWei: So there’s a Chinese movie, it’s an older movie called Prince Charming. So it’s about a dude from the street, he looks like a gangster but he is a good person with a good heart. He’s from the street and the ghetto, but one day he makes something special. Even though he’s not that rich, he’s a good human. So now we [Higher Brothers] are bigger, I wanted to use this chance to inspire more people to listen to our music. So I wanted to focus on the positive things. So, I can inspire more teenagers in China.

MaSiWei: I rap about three different things. Love and relationships. The second is positive things like success. And the third, is flex (laughs).

HipHopDX: Who were some artists and producers you worked with for Prince Charming?

MaSiWei: I worked with a lot of producers we used to work with like Harikiri and Snapz. So, I asked them for something for this new project. For features, I got No-No on it.

HipHopDX: Any other artists you’d like to work with in the future?

MaSiWei: There are a bunch of artists I would like to work with in the future. A$AP Rocky, Kendrick Lamar, Rich Da Kid, and JAY-Z.

HipHopDX: What draws you to those artists?

HipHopDX: And any Chinese artists you would like to work with?

MaSiWei: I want to work with a Chinese pop star like Jay Chou.

HipHopDX: Why do you think 88rising has been so successful?

MaSiWei: We represent Asian culture. There are a lot of Chinese Americans and a lot of Asians around the world and they finally have something they can look at. For example, at the 88rising Festival, a lot of Asians come and it’s our own party.

HipHopDX: When can we expect a new Higher Brothers album?

MaSiWei: Maybe at the end of this year, or the next one. Everyone has a solo album that’s dropping [this year].

HipHopDX: Do you have any projects?

MaSiWei: I just want to make music and be happy.

HipHopDX: Do you have any advice for anyone who’s trying to get into the Hip Hop game?

MaSiWei: Just do your thing. Trust yourself. Stay positive and confident.