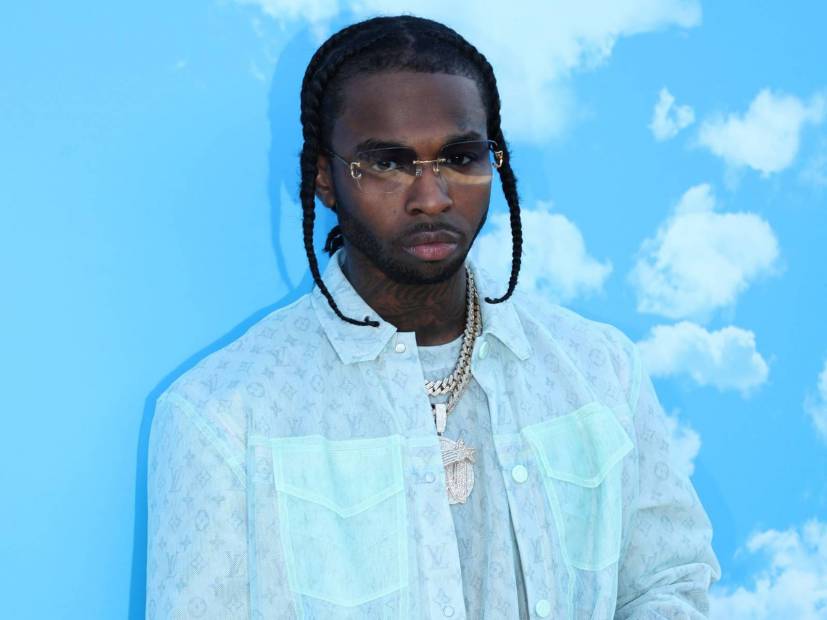 Pop Smoke was shot and killed at a Hollywood Hills home on Wednesday morning (February 19). The blossoming Brooklyn rapper was only 20 years old at the time of the shooting and had just begun to hit his stride as an artist.

Police say two men wearing hoodies and masks broke into the home around 4:30 a.m. local time and fatally shot Pop Smoke. Prior to the incident, there’d been a party at the house, but it’s unclear if Pop Smoke knew his attackers.

He’d shared his location on his Instagram Stories hours before the shooting took place.

Authorities haven’t located any suspects yet. The investigation is ongoing.

Dont ever do that smh pic.twitter.com/obOob6DWp0

Redman, The Game, Juicy J, Chance The Rapper, YBN Cordae, Freddie Gibbs and Lupe Fiasco are just a sliver of his peers paying tribute to the late rapper.

My Condolences to Jackson Family !!! pic.twitter.com/ZOcBYb0VnL

Just disappointed in human beings…. I love cars … I’m gonna go outside and cheer myself up.

Rest Up Pop Smoke, you were too young. God Bless and comfort your family. What a crazy trajectory you were on man smh ??????

my heart breaks for pop smoke. his mother , his family, his boys. prayers to everyone around him. sad world we live in. from God we come , to him we return ??

Damn this so shit fuckin wack. You made the whole city proud. RIP Pop Smoke

We was in the lab last night comparing Pop Smoke to 50 when he came out. #RIP ??

Texting me worried I love you for that !!!!!!! But rip pop smoke

I was just thinking yesterday that Pop Smoke was like the new 50. The voice the wit with a new energy. I started to follow his career and dig a little into his discography recently And I had “Baby” in his voice stuck in my head for like a week.

may God have mercy on you & yours

Rip Pop Smoke ppl don’t value life bruh they take so much for granted ??hope they catch them ??prayers to his family and friends and fans this is crazy

Mann Rest Up to Pop Smoke ?? Jealousy is at a all time high.

Bruh what world do we fucking live I rip pop smoke

we blastin pop smoke in the kitchen all day today cuz that dont make no mf sense lil nigga jus got here the world a scary place.

Devasting news to hear about the murder of Pop Smoke. He was damn near a kid. Just 20 years old.

A few weeks back some of my homies were telling me that they were worried about the seriousness of beef and conflicts he was having.

I really woke up to pop smoke dying?? 2020 been rough man

One of the main reasons why I went to Rolling Loud was to see Pop Smoke in concert. When he couldn’t come, everyone showed him love during their set that entire weekend. RIP POP SMOKE pic.twitter.com/ewukxfXvcY