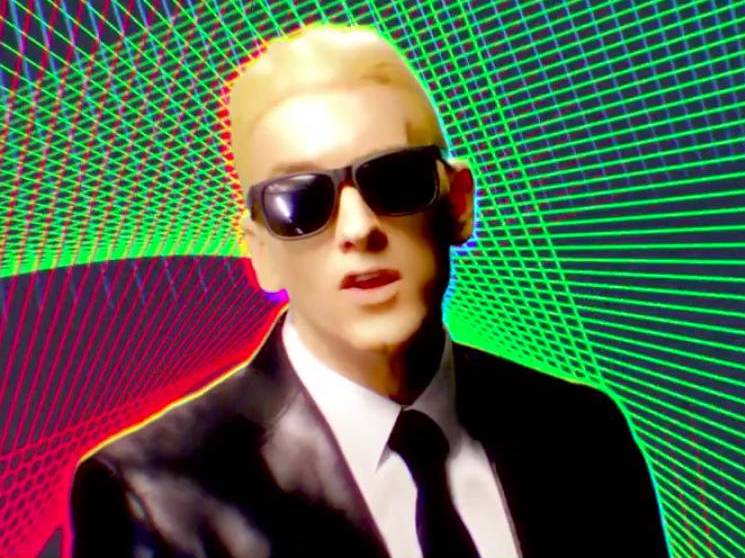 Now the popular visual has hit an exclusive milestone on YouTube: a billion views.

Eminem recently set up a special website www.rapgod.eminem.com armed with a timer to countdown the precious plays. After the Rich Lee-directed video hit its target, a special message — “‘Rap God’ hit 1 billion views. Thank you” — appeared with instructions on how to relive the zany clip, which parodies 80s character Max Headroom.

Remarkably enough, “Rap God” marks Eminem’s third video with over a billion YouTube views. As of press time, 2010’s “Not Afraid” is sitting at 1.3 billion views and his Rihanna-featured “Love the Way You Lie” probably needs its own website as it’s just 100,000 views shy of hitting two billion.

Wiz Khalifa’s “See You Again” is the only other rap song in the billion YouTube views club with 4.4 billion.

It’s been a stellar year for Slim Shady already, having released his eleventh studio album, Music to Be Murdered By, which debuted at No. 1 on the Billboard 200, giving him the record of most consecutive No. 1 albums with 10.