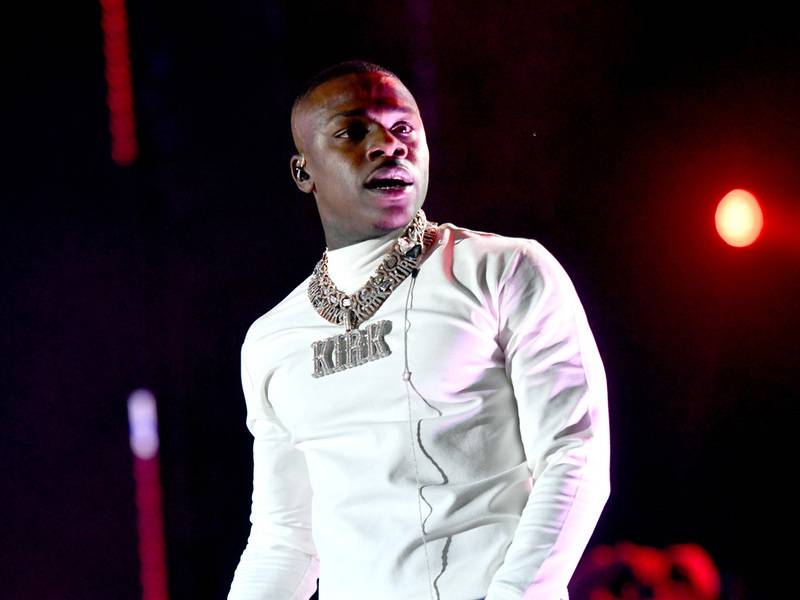 DaBaby’s relationship with his baby mama MeMe has taken a turn for the worse. The mother of his child slammed the Interscope Records rapper for allegedly getting another woman pregnant.

MeMe aired DaBaby out via social media by sharing a text message exchange between him and an unidentified woman, who is supposedly expecting a child with the “Suge” creator.

“This what your favorite rapping hiding,” she wrote. “Don’t fall for the cap. Another child is on the way and it ain’t me.”

She also shared a brief clip of a recent interaction with DaBaby, who can be heard telling her to turn the camera off in the footage.

“I’ma show all your fans that you policing your child’s mother,” she said in response. “When have I ever policed you on anything?”

#PressPlay: #DaBaby's baby mama #Meme is putting him on blast and alleging that another woman is pregnant with his child ? she claims "Your favorite rapper is the number one capper"

Things between DaBaby and his baby mama were good just a week ago, at least on social media. In one clip that surfaced online, she was seen rubbing his feet. But their relationship has quickly gone awry as MeMe aims to expose the father of her youngest child.

“Your Favorite Rapper Is The Number 1 Capper,” she wrote on Instagram Stories. “Don’t Believe Half Of What Social Media Is Showing You.”

She added, “I’ve been asking god to show me the people who aren’t for me and he did just that.”

MeMe spoke fondly about her relationship with DaBaby in an interview published last October.

View that conversation and a picture of the couple from better times below.

Anything God Builds, You Can’t Overthrow It ?.