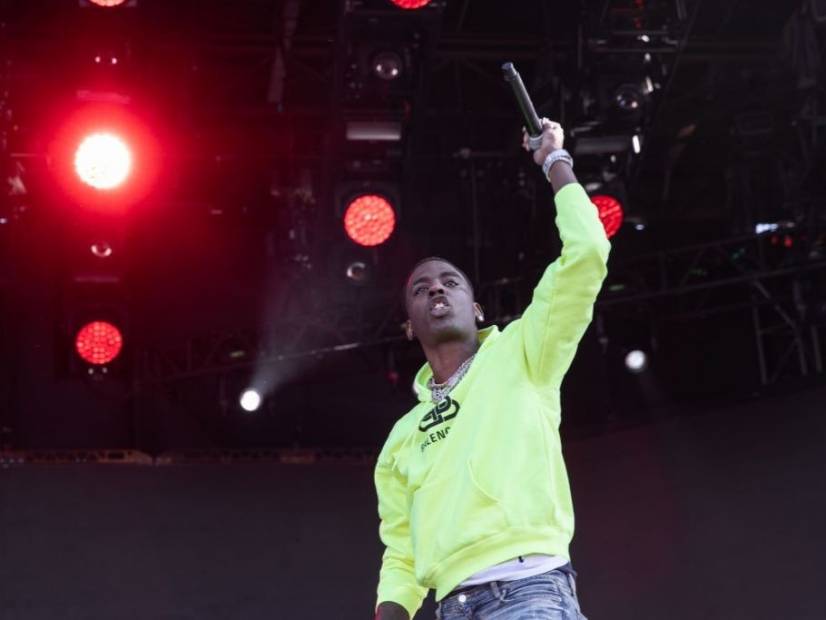 Young Dolph may have reignited his feud with Yo Gotti after he sent some shots to the Untrapped rapper on Instagram Wednesday (February 5).

In the Instagram post, Dolph shared a picture that showed his 2017 Gotti diss record, “Play With Yo’ Bitch,” recently earned a gold certification from the RIAA. The song has Dolph throwing several jabs at Gotti calling him a hater and making claims he had relations with the mother of Gotti’s child.

To add more fuel to this long-standing beef, Dolph sent some more heat to Gotti in the caption of the post.

have u ever smashed a fuk nigga bitch, then got paid for it??‍♂️…? another gold plaque stupid ass lil boy. INDEPENDENTLY THO’ ???‍♂️ #YellowTapeOutNOW

“Have u ever smashed a fuk nigga bitch, then got paid for it…,” he writes in the post. “Another gold plaque stupid ass lil boy. INDEPENDENTLY THO’ #YellowTapeOutNOW.”

The issues between the two Memphis rappers started in 2014 when Dolph went to Sway in the Morning and explained he declined a record deal with Yo Gotti. Dolph claimed the “Down In The DM” rapper took offense to his decision but Gotti never confirmed that assumption. Since then, Dolph fanned the flames by taking shots on Twitter, engaging in a feud with Gotti’s artist Blac Youngsta, and naming his debut album King of Memphis — a title Gotti used to refer to himself.

Bra went from bein my #1 fan and wanting to sign me to bein my BIGGEST HATER? #Facts

Gotti kept his cool throughout much of the beef until he dropped his own diss record “Don’t Beef With Me” in February 2017, which served as a warning shot aimed at Dolph. In September of that year, Dolph was shot in front of a sneaker store in Hollywood, CA, and Corey McClendon, an associate of Gotti, was charged with attempted murder in connection to the shooting but was later released.

It’s been quiet between the two rappers since the Hollywood shooting but with Dolph’s latest Instagram post, they apparently still don’t see eye to eye.