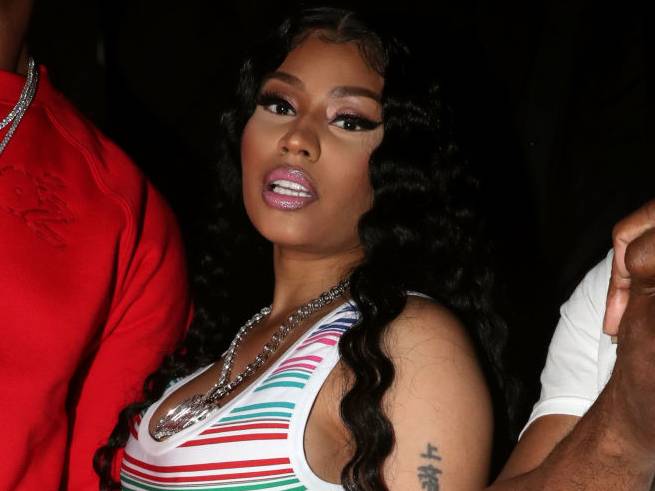 Los Angeles, CA – Nicki Minaj has caused a Twitter firestorm thanks to a snippet of her new single “Yikes” that features a bar that takes aim at late civil rights icon Rosa Parks.

In the video shared to Instagram on Monday (February 3), the Queen rapper previews new music from the studio with her hubby Kenneth Petty in tow. Behind dark aviator shades, Nicki spits the opening bars of the track, which seemingly likens Parks to, “all you bitches,” and pokes fun at the activist for her infamous refusal to give up her seat to a white man — which sparked the historic Birmingham bus boycott.

The clip then transitions into the hook featured in the caption of the video, “Yikes/I play tag and you it for life/Yikes/You a clown you do it for likes.”

It didn’t take long for social media to catch wind of the lyric, and with Black History Month only a few days underway, many had something to say about the unreleased record.

Everyone shocked about Nicki’s Rosa parks line like she’s not the same person that said “ like MJ doctor, they killing me” #YikesNM #Yikes pic.twitter.com/3jam0g8wVM

I heard #NickiMinaj was disrespecting, #RosaParks. That doesn't surprise me when she did it before, disrespecting the image of Malcolm X. 👇🏿👇🏿👇🏿 https://t.co/gtac20Vwbh

rosa parks after finding out she was featured in a nicki minaj song #yikes pic.twitter.com/LNW24h4nTz

When Nicki rapped “All you bitches Rosa Parks Uh Oh get cho ass up”, not only was it disrespectful it didn’t make sense. Rosa Parks did NOT get up. Is Nicki rapping from the position of the white racist who told Parks to get up?

Nicki recently made headlines for her inherent savageness as TMZ caught the rapper and her husband in a full-blown shouting match with her ex-boyfriend Meek Mill in an upscale boutique in West Hollywood.