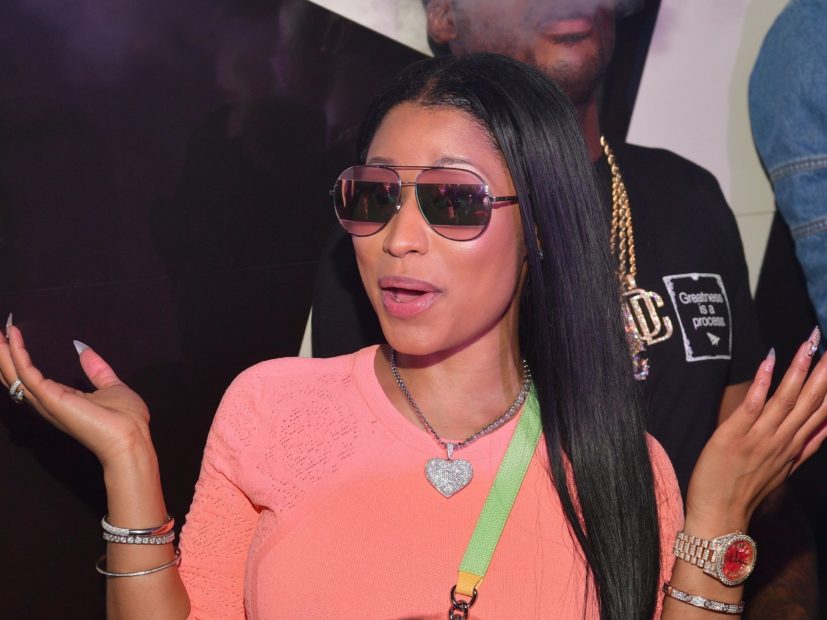 West Hollywood, CA – Former couple Meek Mill and Nicki Minaj reportedly ran into each other on Friday (January 24) at the high-end clothing store Maxfield in West Hollywood where chaos ensued. According to TMZ, Nicki and her new husband Kenneth Petty were casually browsing around the store when they bumped into Meek.

While it’s unclear what prompted it, a shouting match quickly erupted with Petty calling Meek a “pussy” and Meek returning the sentiment. Then it sounds like Petty screams, “You ain’t talking to her no more! You can’t talk to me one-on-one!” Nicki appears to jump in and call Meek a “bitch.”

Fellow rapper ReTcH, who happened to be in the same area, snapped two separate selfies with both Meek and Nicki. After the alleged incident popped off, he approached Nicki who initially thought he was part of Meek’s crew. She got in his face at first but then apparently realized who he was.

“JUST RAN INTO THE QUEEN SHOPPIN FOR DRIP,” he wrote in all caps. “WE WAS BEEFIN AT FIRST WE FRIENDS NOW @NICKIMINAJ.”

ReTcH reportedly went into more detail on his Instagram Live where he confirmed Nicki, Petty and Meek did indeed “start beefin.”

Meek was ultimately escorted out of the store by his own security team and store employees.

ONE OF MY FAVORITE N*GGAS IN THIS SHIT SINCE I WAS A KID ON GOD, REAL DOWN TO EARTH DUDE FR LOVE BIG BRA ♥️🤟🏾 @MEEKMILL