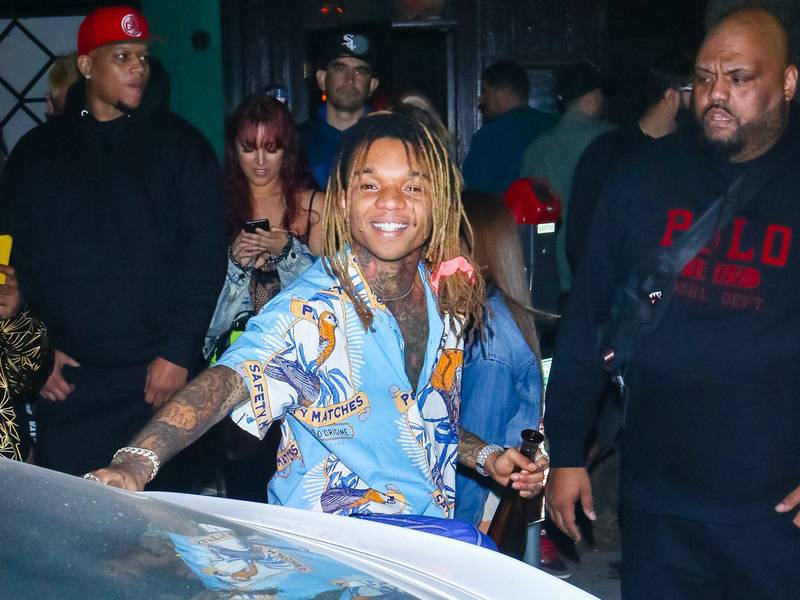 The excitement of Super Bowl LIV wasn’t enough to keep Swae Lee from getting a little shut-eye in at Miami’s Hard Rock Stadium. After he was caught sleeping at the game, the Rae Sremmurd rapper clarified why he was so tired during the showdown between the Kansas City Chiefs and San Francisco 49ers.

“I ain’t slept in two days,” he wrote on Twitter, reacting to a clip of him sleeping. “I’m up now.”

Swae’s catnap was interrupted by a fan shouting his name, but the multi-platinum selling artist didn’t seem to mind. He gave the person a quick head nod after being woken up from his slumber.

The unexpected wake-up call may have prevented Swae from missing out on the Chiefs’ victory, which saw quarterback Patrick Mahomes lead his squad to a 31-20 comeback win against the 49ers. The team’s triumph marked their first Super Bowl championship in 50 years.

As for Swae, next year’s big game might command more of his attention if he gets booked to perform at the event. Earlier this year, he expressed interest in singing the national anthem at Super Bowl LV in 2021.

Check out his request for the anthem-singing gig below.