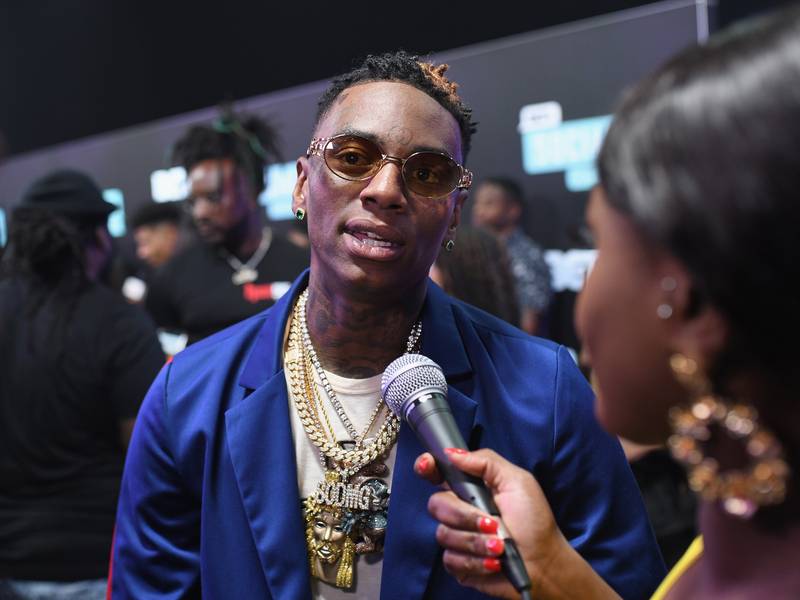 Los Angeles, CA – Soulja Boy is headed back to court as he’s being sued by his ex-girlfriend Kayla Myers for assault, battery and false imprisonment, according to TMZ. She’s also suing his assistant for sexual battery.

The alleged assault and kidnapping occurred at his Malibu home last February and reportedly lasted for six hours. As Myers was leaving, an argument ensued between her and one of Soulja’s assistants.

According to the lawsuit, Myers claims she was knocked to the ground and kicked in the stomach. She also alleges Soulja told her she was going to die as he held a “large” gun to her head.

He then allegedly directed a different assistant to tie her up with duct tape and shower her to clean her up from the beating she received. She claims the assistant offered to let her go if she performed oral sex on her, to which she obliged.

She was finally allowed to leave at 8 a.m. with Soulja supposedly making the remark, “Now get this bitch outta here before I knock her down the stairs.”

Myers claims her face was bruised and she suffered fractured ribs.

The Ventura County Sheriff’s Department issued a warrant to search Soulja’s home and discovered ammunition, resulting in a probation violation that sent him to jail. Last June, the Ventura County District Attorney dismissed the case due to the lack of evidence.

Soulja Boy’s manager Miami Mike claimed his client has grown since his jail stint in a 2019 interview with HipHopDX.

“I hate that it had to be jail to do that, but sometimes you can lead a horse to water, you can’t make them drink it,” Mike told DX. “He’s totally a different person, the cat is real respectful now and he looks at things differently. The cat told me he loved me the other day, he never told me that.

“I thought something was wrong. But no, ‘I’m just saying Mike I see why you move like that.’ I had talked to him on the phone when he was locked up. He said man, ‘You did several years man and while I was in there I was thinking, this is why this dude move like that. He’s not trying to go back to jail.'”