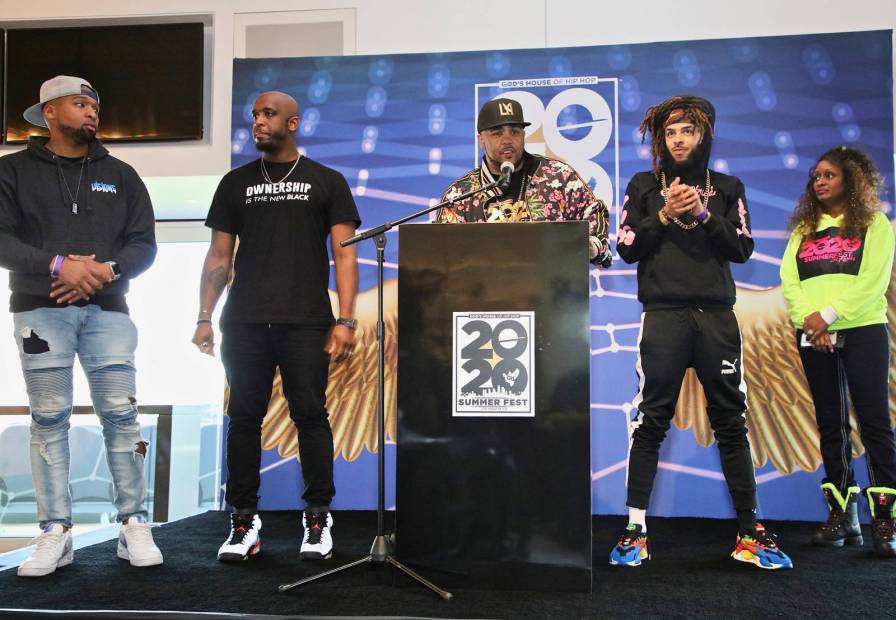 “2020 doesn’t represent the year, but the vision,” GH3 co-founder Chanie G said at a press conference. “Whatever faith you have 20/20 says that God has a plan for you. It’ll manifest itself if you keep clear sight and mind. We were blessed by DJ Skee and Mark Moseley from Dash Radio with our very own station and their support as our official audio streaming partner.”

“This is unique in a sense is that it’s never been done like this,” GH3 co-founder Emcee N.I.C.E., who is slated to perform during the festival as well, explained. “The mainstream keeps using our music from commercials, movies and TV shows. So I believe it’s time to get to know the folks behind the music.”

Headliner Dee-1 said the event feels like a dream.

“Honestly, it’s crazy to see a huge stage like this and come from such humble beginnings,” he said. “My students didn’t believe that their teacher Mr. Augustine wasn’t going to make it without compromising anything I stand for because God is number one in my music and my life.”

Derek Minor hopes the festival will inspire others to be true and authentic to themselves regardless of classification in Hip Hop.

“I think today is super crazy to think that we’d be playing at a venue of this magnitude,” Minor explained. “It’s humbling number one but testifies to the impact that being honest, true and authentic can come with blessings.”

Tickets for God’s House of Hip Hop 20/20 are on sale now. For more information about the festival, visit the event’s official website.