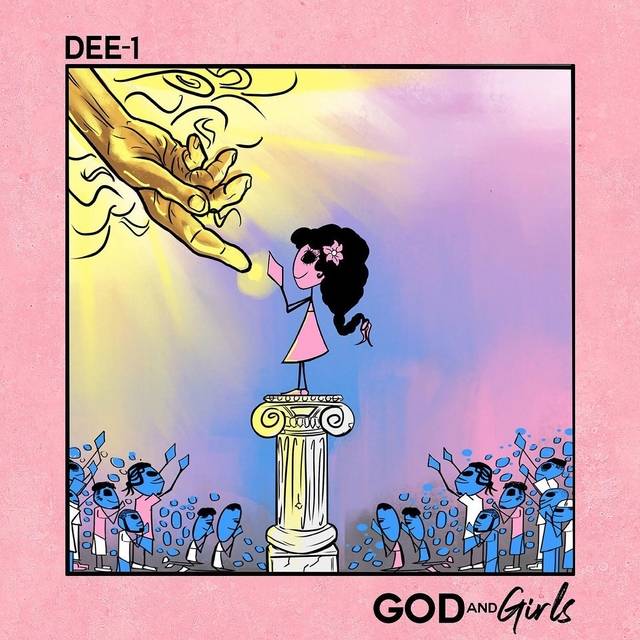 Dee-1 has been spitting Christian-themed raps for years. So often, whether the topic is secular or spiritual, time in the game can make even the freshest artists grow stale. This is not the case for Dee, though, who combines his love for Jesus and affinity for the fairer sex on his latest album, God & Girls.

The album is a compelling view into romantic relationships from the eyes of a true believer.

Dee’s searches for guidance from God alternate between his experiences with love, occasionally merging as he outlines how his faith shapes his relationships. He’s a man in search of his purpose, and his pursuit is conveyed in a relatable, engaging manner. “I know God got a plan for me, but I don’t know what it is/I’m just out here tryna handle my biz,” he confesses over bouncy keys on the intro track “I know God.” Elsewhere, “Put Me In Coach,” belies a man grappling with balancing his ambition and patience. The fact that these topics are relatable to people of various beliefs marks God & Girls a transcendent affair.

Dee-1’s search isn’t only for his purpose, but for his soulmate. “Where the real women at?” he laments over smooth guitar licks on “The One.” Dee-1’s everyman approach casts off any worry of preachiness. He’s a man with the same joys and struggles as anyone else, whether he’s basking in a beautiful relationship on the soulful “It Ain’t Safe,” or throwing up his hands amidst relationship turmoil on “Just Go.” Each time, Dee’s raps with a conviction that imbue God & Girls with a sense of endearing realness.

That authenticity is marked by strong sonics, save for the underwhelmingly downbeat “People Don’t Want That Real,” which is a minor hiccup in an otherwise solid album.

Dee loves both the Lord and the ladies and allows the topics to converge on the ending title track. However, there is no question as to which one matters more to him. “The Narrow Road,” which features powerful voices from Christon Grey, is the album’s shining moment and Dee-1’s unapologetic statement of faith. His raps about ending a relationship with a woman who wasn’t on the same page spiritually shows how serious he is about his faith. Dee won’t compromise his way of life for anyone or anything, and that goes for a career of fame and fortune. “People say if my faith wasn’t so bold/It’d be much easier for me to blow/But it’s too much a part of me to hide/Won’t be like Peter, Christ I won’t deny,” he declares on “The Narrow Road.”

Whether or not Dee-1 ever achieves worldwide fame, though, is beside the point. The conviction and strength of his music speak for itself. God & Girls is a well-executed concept that seldom fails to entertain.