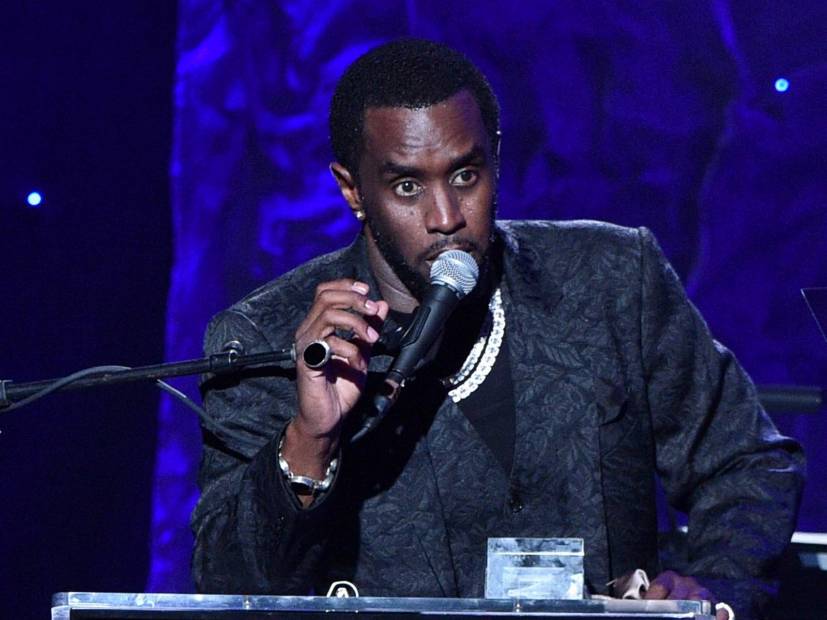 Diddy had some stuff to get off his chest during his acceptance speech for the Salute to Industry Icons Award. The Hip Hop mogul put the Grammys on blast at Clive Davis and the Recording Academy’s Pre-Grammy Gala on Saturday (January 25).

Inside the ballroom of the Beverly Hilton Hotel in California, Diddy criticized the Recording Academy for the lack of respect shown to Hip Hop over the years

“I say this with love to the Grammys because you really need to know this,” he said. “Every year y’all be killing us, man. Man, you talk about the pain. I’m speaking for all the artists and executives. The amount of time that it takes to make these records, to pour your heart out into it and you just want an even playing field. In the great words of Erykah Badu, we are artists and we are sensitive about our shit.”

The speech elicited cheers from an audience that included many of Diddy’s peers, including JAY-Z. The reprimanding of the Academy also came with an ultimatum.

“For years we’ve allowed institutions that never had our best interests at heart to judge us and that stops right now,” Diddy stated. “I’m officially starting the clock you got 365 days to get this shit together.”

The Bad Boy Records founder threw his name into the mix to help the Academy fix the issues that have been plaguing it since Hip Hop was recognized as a category for the Grammys in 1989.

“I’m here to help make a difference and help us have a positive outcome,” he noted. “I believe all of my brothers and sisters out there will be willing to work on getting this right.”

He then dedicated his award to the artists such as Missy Elliott and Nas, who didn’t win Grammys for their classic albums Da Real World and Illmatic.