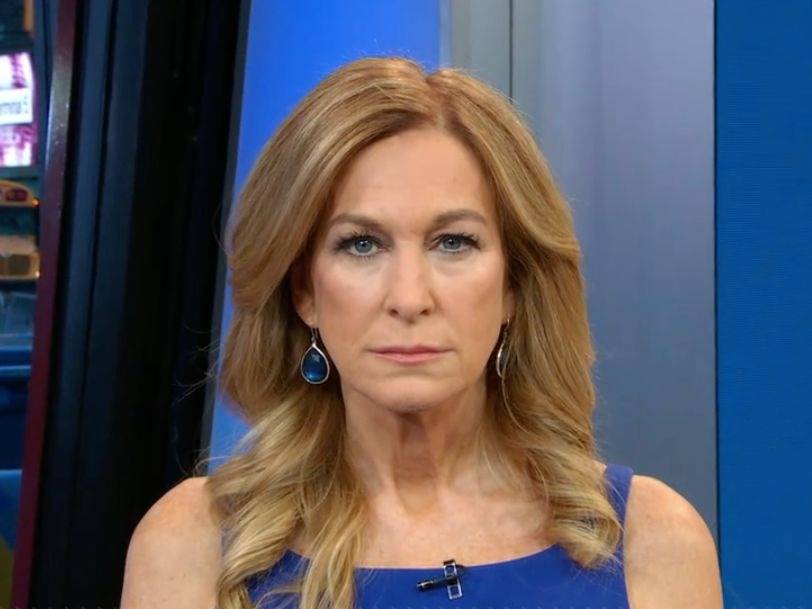 Ousted Recording Academy president/CEO Deborah Dugan  — the first female to hold that role in its 62-year history — recently appeared on Good Morning America with her attorney Doug Wigdor to discuss the bombshell allegations she made earlier this week.

BREAKING: Wigdor LLP has filed a Charge of Discrimination with the EEOC on behalf of Deborah Dugan against the Recording Academy (the Grammys). Below is a statement from her attorneys Douglas H. Wigdor and Michael J. Willemin.#DeborahDugan #GRAMMYs pic.twitter.com/46CxukAT2V

During the interview with GMA co-host George Stephanopoulos, Dugan discussed the specific part of her complaint that alleges an artist was allowed to sit in on the song of the year nomination committee last year.

“There are incidents of conflicts of interest that taints the results… It’s not even just that one room,” she said. “I have evidence that in another room, cause there were complaints in the jazz category.”

FULL INTERVIEW: "I have evidence…"

As part of her complaint, Dugan also accused the Academy’s legal counsel and former board member Joel Katz of sexual harassment, which she addressed in the GMA interview.

She claims they were at a dinner where Katz referred to her as “babe” several times, commented on her physical appearance and tried to kiss her later in the evening. Katz has denied all claims.

Dugan also mentions she was informed former Grammys CEO Neil Portnow was facing an allegation of rape from a female recording artist and member of the Recording Academy. Portnow has denied any such incident took place as well, calling the allegation “ludicrous” and “untrue.”

Shortly after Dugan filed her complaint, the Recording Academy pushed back and said Dugan had created an unhealthy work environment for her fellow employees.

“It is curious that Ms. Dugan never raised these grave allegations until a week after legal claims were made against her personally by a female employee who alleged Ms. Dugan had created a ‘toxic and intolerable’ work environment and engaged in ‘abusive and bullying conduct,'” the statement from the academy read. “When Ms. Dugan did raise her ‘concerns’ to HR, she specifically instructed HR ‘not to take any action’ in response.

“Nonetheless, we immediately launched independent investigations to review both Ms. Dugan’s potential misconduct and her subsequent allegations. Both of these investigations remain ongoing.”

But Wigdor says that’s not the case. He insisted Dugan filed the initial discrimination complaint prior to being placed on administrative leave.

My open letter To The Grammy’s and Hip hop ✊? ………… Figures… I salute Deborah Dugan for her truth and courage to try and effect change. As always, a bunch of ignorant, testosterone-fueled, usually old white men stop progress and screw it up.  Same old bullshit. They want to keep it status quo and make sure things like Hip Hop stay the poster child of their fuckery. In 1989 we protested the Grammys because they refused to acknowledge a new art form called Hip Hop/Rap.  I responded with the lyric, “Who gives a fuck about a goddamn Grammy.” We fought to be recognized and for things to change. We kicked that door in for others to come through. After 35 years in this industry, folks should know that I always defer any individual accomplishment, always giving salutes to those before me and trying to open the door for those after me.  In agreeing to accept the Lifetime Achievement Award when Deborah called me was no different. We discussed these issues and what needed to change. Hip Hop can’t be judged by a bunch of old corporate guards who rewrite history to serve their corporate bottom line. But it was obvious she was having her own struggles with an academy that thinks Public Enemy ended in 1992 yet want to give us a lifetime achievement award without acknowledging a lifetime of work. We had to haggle, to educate, to justify why a core member of our group for the past 22 years, DJ Lord, should be part of this award. We had to question why our biggest UK hit and the theme to the global Paralympics Games, “Harder Than You Think,” was left out. Maybe because it was released on my own independent label, SlamJamz, and not a major? Never could I have imagined that pushing for the recognition our art form deserved would turn into artists being coerced into disrespecting the craft, themselves, the culture and other people only to chase the bag and validation from corporations and award shows who don’t care about you.  I hope this letter will be a wake-up call for them. New folks but the same ol bullshit pattern doesn’t change a thing. So I’m not surprised that Deborah Dugan is out. I am appalled because it reeks of the same old jive, a New Whirl Odor that ..

Hip Hop luminary Chuck D, whose group Public Enemy is expected to received a Grammy Lifetime Achievement Award this year, spoke out on Dugan’s behalf earlier this month, explaining he was disappointed to see the “same old jive” happening behind the scenes at the Academy.

“I worked very hard on the show, and I love the artists that are going to be performing,” she said. “And I love all those that are nominated that don’t get the honor of being on the show.”