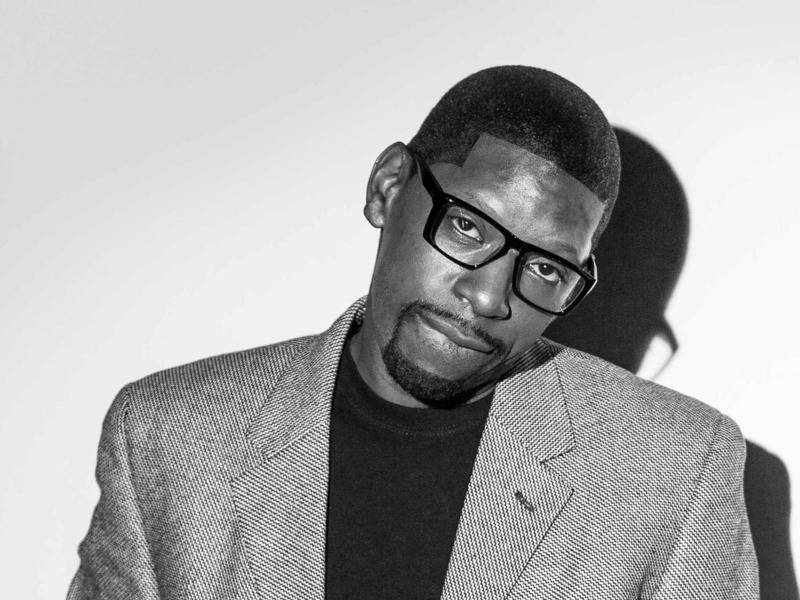 Grammy Award winner S1 a.k.a. Symbolyc One has dropped a new book titled Pray.Focus.Plan.Execute: A Memoir by S1 on Wednesday (January 15). To coincide with its release, the veteran producer is sharing an exclusive excerpt with HipHopDX readers.

In this selection from Chapter 12, S1 details how connecting with Rhymefest led to producing for Kanye West. The Strange Fruit Project member would end up co-producing Yeezy’s hit single “Power” from 2010’s My Beautiful Dark Twisted Fantasy.

“My purpose, not only for writing this book but also in life, is to impact, inspire, encourage and motivate others,” S1 tells DX. “I’ve been blessed to accomplish so much in my life. So, I felt me sharing my personal life and career experiences of success and more importantly, my failures, would align with my purpose of achieving that.”

He adds, “So I wrote a 21-chapter memoir called Pray.Focus.Plan.Execute, and each chapter tells of a specific special moment in my life. From my upbringing in Waco, Texas, to finding my passion, overcoming insecurities and fears, to life-changing moments of working with Kanye West, Beyoncé, Gladys Knight, and lots more.”

Read the excerpt from Chapter 12: “Heaven Sent Che” below.

By the end of 2008, I was fortunate to independently release my solo record as a producer. My album, Music Box, featured some of my favorite hip hop artists like Rah Digga, Inspectah Deck (Wu-Tang), Skyzoo, Rapper Pooh and Phonte Coleman (of Little Brother). I continued to build with Phonte even after I worked on his solo project and he returned the favor with a verse on mine. Phonte called me one day and informed that he had a possible opportunity for me. He continued, saying that Grammy Winning Artist/Songwriter, Rhymefest, who co-wrote Kanye West’s “Jesus Walks” and Common and John Legend’s “Glory,” needed a favor. Fest was looking for a producer to remake a beat for a song that he was having clearance issues with. He called and asked if I was interested, and naturally, I told him, “Of course.” So Rhymefest emailed me the acapella with instructions.

The song was called “Say Wassup,” and Phonte was singing a catchy melodic hook for the chorus. I began to work on the remix like my life depended on it. I had Caleb Sean, a friend, come by the studio to add some keys on it. Once completed, I sent the remix back to Rhymefest, who called me the same day to gush about how much he loved it.

“This is fire bro! I love it! Please send me a few more beats so I can finish
my album.” he said.

I went through my extensive music catalogue on my hard drive and sent him another batch of beats. A couple of weeks later while in Orlando on vacation with my family, I received another call from him.

“What up, S1? Yo, these beats are crazy!! Thanks for sending. There’s four beats that I really want to use from you for my project, however, I’m at the end of my album budget. If you can somehow let me purchase two and let me use the other two as well, I’ll try to work you into any future opportunities or situations I may have coming up.”, He said.

Even though many other rappers had presented me with these same flowery promises and broken them in the past, I felt it was the right thing to do.

But first, I wanted to run the idea by my wife to get her thoughts on it beforeI gave him my final answer. After our quick talk, she was all for it. Fest bought the two beats, and I gave him the other two in good faith. I was already a fan, and I was still in the nascent stages, trying to get my name out as a producer, so it was an easy decision for me.

Two of the songs, “Say Wassup” and “One Hand Pushup”, he put out as singles. We continued to build together and kept in contact often. We would have amazing conversations about music, life and God. Through numerous great conversations, I could tell that Fest had a kind heart and was just a good guy, overall. A few months later, right before he released his El Che album, he called me. He said “S, I’m going to be in Hawaii with Kanye soon. If you have any tracks, please send them to me, and if I get a chance, I will play them for him.” After the call, I sat at my computer and sifted through my folders of beats. Every mp3 that I shuffled through, I asked myself, Can I hear Kanye rapping on this? This process resulted in a collection of ten beats, zipped up and ready to go. Right before I hit send, I noticed a beat file titled Afroamerica on my desktop. I had initially created this beat with Rhymefest’s next album in mind, but since he had just released his new album, I figured he probably wouldn’t be in album mode anytime soon. So, I dragged and dropped the file into my folder and sent them off.

About two weeks passed by and I hadn’t heard anything back from Fest. I concluded that either Kanye wasn’t feeling my beats, or Fest never got the opportunity to play them. All good though, let’s keep it moving. I thought to myself.

The following weekend, my family and I drove to San Antonio to visit my parents who lived there at the time. As we fellowshipped together, I received a text from Rhymefest.

It read: Bro Kanye loves your beats! He just said he’s about to change your life. I remember becoming overwhelmed instantly. I read the text over and over again to ensure that I was reading it correctly and that nothing was getting lost in translation. When I showed the text message to my family, their faces lit up in excitement. Then my phone rang. It was Rhymefest, and when I answered, he whispered, “Man, Ye is in here rapping to all your beats. He said they make him want to rap again, and he needs to get you out here ASAP. I’ll keep you posted.” As Fest spoke, I felt a rush of anxiety and adrenaline building up inside me. What is happening here? Is this a joke? I thought. A few days later, I would realize that it was not a joke; it was my dream about to become my reality.

Physical copies of Pray.Focus.Plan.Execute: A Memoir by S1 are available now via his online store. Digital versions are also on sale for Amazon Kindle and Apple Books.