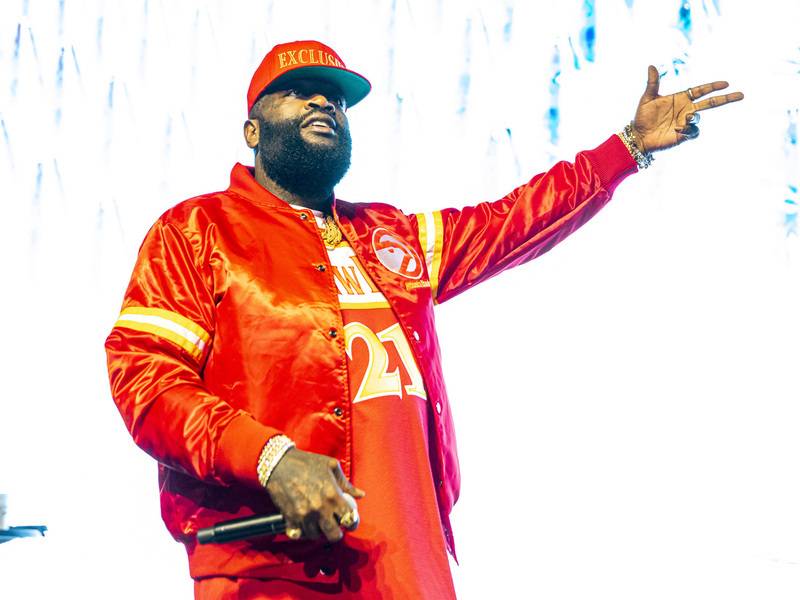 Rick Ross has a lot of collaborations on his mind. In an interview with Complex, the Maybach Music Group founder addressed the possibility of collaborative projects with Drake and Nas plus a new entry in the Self Made series.

Rozay teased all three prospective releases by noting how many beats he’s got ready for each.

“I’ve got enough production to do a me and Drake project and a Nas project,” he stated. “[And] the next Maybach Music, Self Made 4.”

Ross touched on each project after getting asked for a status update on The YOLO Tape, his long-rumored collaboration with Drake.

“That was just a vibe,” he said. “You never know what could happen in the future, but me and Drake, him being in Miami at that time [in 2011-2012], and him coming by the crib every day, we was spending a lot of time together. And it was a serious possibility.

“We wasn’t just talking shit. We really was in the studio a lot. It’s just not the same no more. Meaning, the way he travel and the way I move. But is it a possibility? There’s always a possibility for that because it would be simple for us.”

The conversation then turned to a collaboration some fans have been pining for: a Nas LP executive produced by Ross. While the MMG boss didn’t make it sound like such an album was coming anytime soon, he did reveal he’s discussed it with Nas.

“Me and Nas had that conversation several times,” he disclosed. “And not several times as we bullshitting. But just because a project like that, with me, would be all about the details. The details down to the fucking smallest, most minuscule detail when it came to production and getting mixed and all of that. So, it’s not nothing that we could just sit and agree on and really dedicate ourselves to it.

“But we’ve had that conversation and we left it there. We kick it, we give each other that look in the eyes, and we leave it there until the next time. So it’s never any pressure. Me, Nas, Snoop, we got to sit down and watch The Irishman and just discuss different things about the movie and [Scorsese]. So me and Nas, we spoke about different things and we’re always just laughing. It was actually a joke and we both laughed at it. Some kind of way, Art Basel came in and I just blurted out, ‘Nasquiat.'”

Although the Drake and Nas projects are dreams instead of realities at this point, Self Made Vol. 4 is a lock. Rozay already has a gameplan in mind for the compilation, which he asserts will drop in 2020 “without a doubt.”