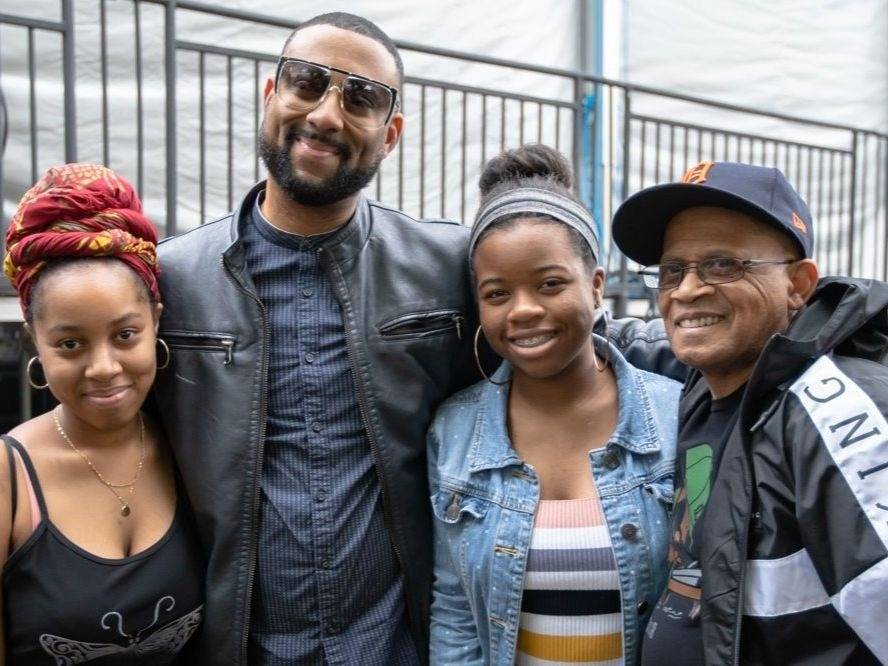 According to the GoFundMe page, Hayes recently battled cancer and was forced to cut down on his hours. Consequently, the shop completely shut down for roughly one month.

“The cost of transporting product, insurance, rent, and permits for both retail and production locations has taken a toll on our ability to eke out a profit,” the description reads in part. “We are in negotiations with properties for a larger space to produce and sell our donuts and merchandise with room for seating and a museum.

“One potential site comes with enormous historic magnitude. We hope to acquire grants, partners, and/or investors to present a Dilla’s Delights that truly defines a historical landmark and Detroit tourist attraction.”

The goal for the fundraiser has been set at $15,000. Hayes intends to use the money to “update, repair, and replace equipment used heavily for four years.”

He says, “It will help acquire wholesale vendor contracts, and upgrade to sustainable merchandise. It will aid in our search for a future home, provide project renderings, and secure the legal aid needed to move forward with ease.”

Several members of the Hip Hop community have stepped up to the plate to spread the message, including Madlib, Dres of Black Sheep and Egon.

I’m asking all of hip hop to lend whatever they can in whatever capacity.. if nothing but retweeting this.. support 🙏🏾
And Jan 1 update on the project I’m 3/4ths finished with… magic. F’reals.#DnD #Dilla x #Dres#NoWords

J.Dilla’s Uncle Herm is asking for help to save his Dilla’s Delights donut shop in Detroit. Herm is a solid dude and he is doing Dilla’s legacy right. @madlib and @jeffjank and I are in to support – I ask you to consider supporting as well….https://t.co/ILVo8awKQS pic.twitter.com/Ev9QE184xU

As noted in the GoFundMe description, the “delights” in the shop’s name represents Dilla’s two daughters, Ja’mya and Paige, who are considered the “main beneficiaries in the success of the business.”

Dilla’s Delights opened in 2016, 10 years after Dilla’s untimely passing. Hayes was shocked by the impact his nephew’s music had around the world and decided to honor his name.

“I’ve been a chef and baker for my entire career,” Hayes says on his website. “Donuts are my specialty. When I used to visit my little nephew James, the first thing he’d look for was that box of donuts in my hand.

“Little did I know that many years later, James would become J. Dilla, a legendary Hip Hop producer, and those donuts would not only inspire the name of his most acclaimed album, but become a symbol of the man himself.”

Dilla’s Delights is located at 242 John R Street in Motor City.  To contribute to the cause, visit the GoFundMe page here.