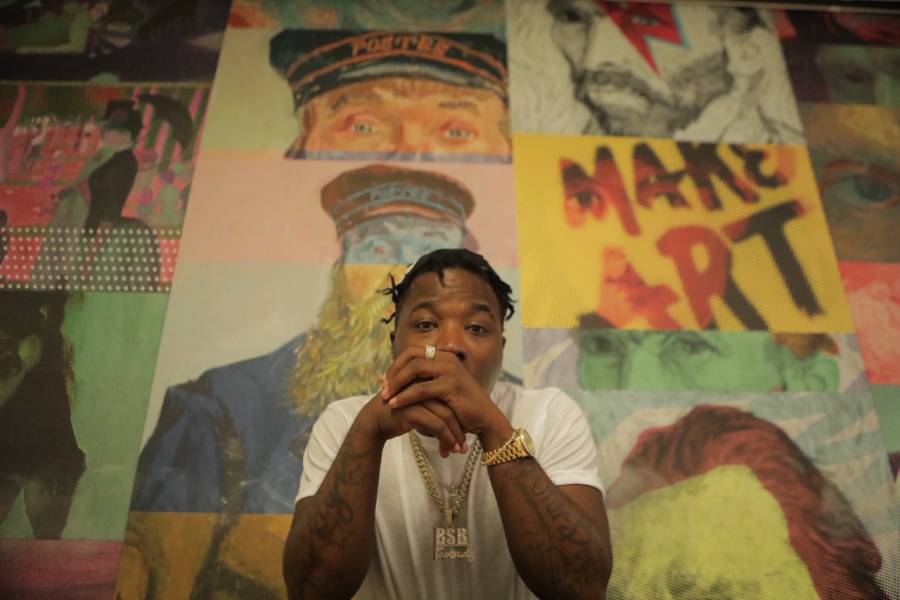 Interview: Troy Ave Is Still Dreaming Of A "White Christmas"

For better or worse, Troy Ave’s career has been viewed, alternately, as a curiosity or an anomaly. The Brooklyn native has remained staunchly independent in the face of his contemporaries all forging their own, perhaps more mainstream, paths … and some, like his former associates Slowbucks, have perhaps gone down less desirable roads altogether.

“Getting in the studio, for me, was all about getting out of the streets,” he told HipHopDX exclusively. “You’ve always gotta find a way to legitimize yourself, no matter what happens.”

For Troy Ave (government name: Roland Collins), that legitimacy involved more than just going from the streets to the studio. He set up several businesses, including a clothing company, real estate ventures, and several storefronts. He’s planning to release an album called God is Great, Paper Straight, after his clothing line of the same name. And, of course, he’s dropped White Christmas 7, which was just released on December 13th, in time for the holidays.

“White Christmas is really just a gift for my fans,” he said. “It’s my way of saying thank you for all the years of support. More than anything else in my career, I’m proud of the fanbase I’ve developed — and I’m appreciative of what the fans have done for me.”

But Troy Ave isn’t content with resting on his laurels. “I’m just like Tupac,” he said. “He was misunderstood and outspoken, just like me. When I came into the game, I was a hustler, and I’ve stayed a hustler — money ain’t gonna change me. And the reason I’ve lasted so long is because I’ve got an incomparable work ethic. I came into the game to make a profit — and that’s it. People come into the game, thinking they’re gonna get paid, right? But then they get to the labels, and the labels take what they want, they get fucked, and they’re done with them. That wasn’t me. That wasn’t never gonna be me. No matter what these people say, I can’t be stopped, and I’m not going to be.”

White Christmas 7 is out now. Stream the mixtape below.