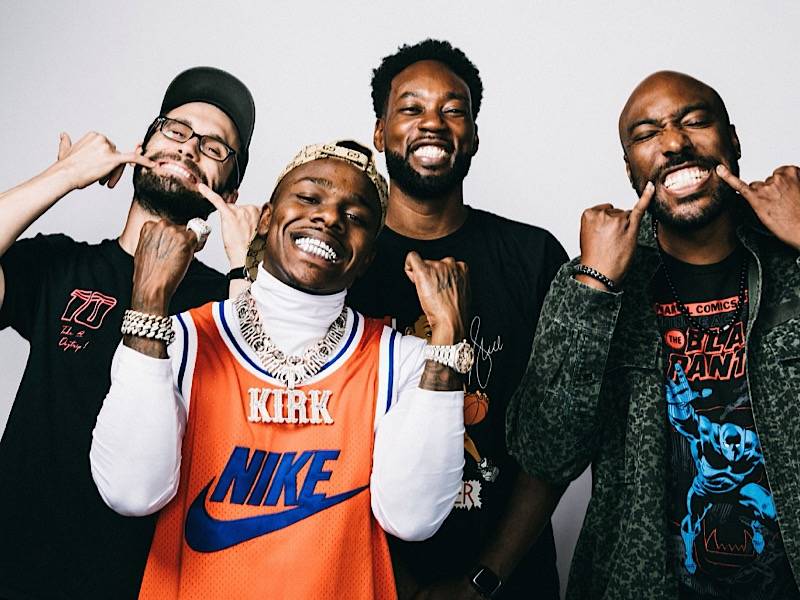 Spurned by Spotify’s Top 10 rap song list of the decade, his two most well-known tracks, “CoCo” and “Cut It” were pitted against each other.

Chery began the debate, adding in “I’ll put ‘Cut It’ over ‘CoCo,'” before clarifying that the deciding factor of superiority is — of course — impact.

“I think there are too many songs above ‘CoCo’ in terms of impact … like if we were to break down the criteria (quality, impact sales, everything), I think there’s a lot of songs over ‘CoCo.’

“If we’re isolating ‘CoCo’ versus ‘Cut It,’ I think ‘CoCo’s’ aged badly. I think it’s a little bit of a novelty now,” Chery adds. “I haven’t heard ‘CoCo’ in a minute … but ‘Cut It’ was a slow burn. It just hung around. It was just like, it just wouldn’t go anywhere.”

“You think ‘CoCo’ went somewhere? How many times you used to hear that,” DaBaby replied. “Honestly, he come with them hits man … he does.”

The platinum-selling breakout 2014 hit “CoCo” peaked at number 20 on the US Billboard Hot 100 — spawning two official remixes branded as part two and three respectively (one featuring Meek Mill and Jeezy and the other featuring Chris Brown). The Young Dolph-featured “Cut It” failed to achieve as big a Billboard success, though it outsold “CoCo,” earning certified double-platinum status August of 2017 (roughly two years after it first dropped).

The full episode of The Rap Pack podcast featuring DaBaby drops Tuesday (December 17) on all platforms.