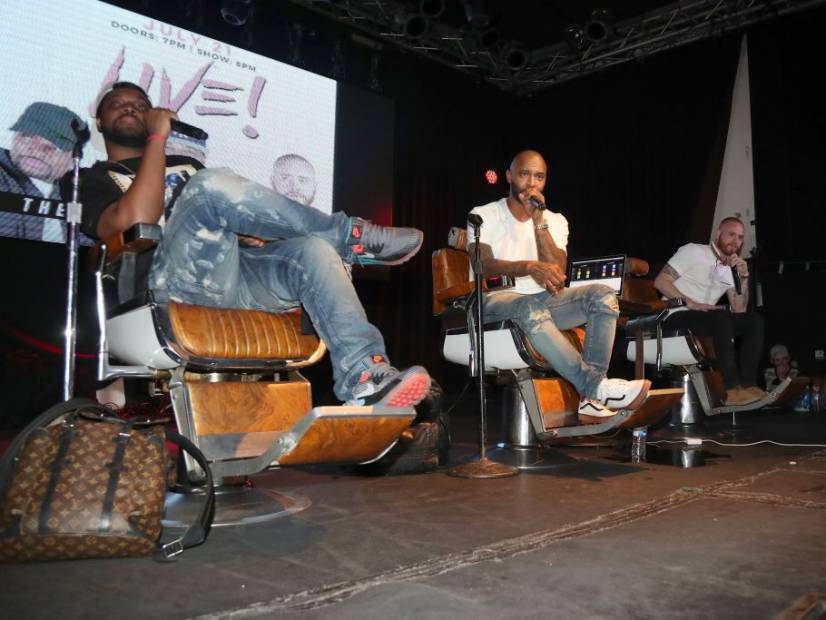 Joe Budden Celebrates Having No. 1 Spotify Podcast For 2019

Joe Budden has the hottest Spotify podcast of 2019.

The unfiltered Hip Hop personality took to Twitter to celebrate his popular Joe Budden Podcast, declaring, “I’m a need some respect on my name soon.” The rapper-turned-podcaster also highlighted his consistency over the last three years, saying, “#1 since I landed, 3 hours, twice a week, for over a year…….”.

Budden’s business partner Ian Schwartzman, who helped him join REVOLT TV to create the hit series State of the Culture, also chimed in.

He emphasized the achievement by pointing out how competitive the Spotify podcast market has become, saying, “Spotify has over 500,000 podcast titles on its platform. Spotify’s podcast audience has grown over 50% year alone.”

Spotify has over 500,000 podcast titles on its platform. Spotify’s poscast audience has grown over 50% this year alone. The Joe Budden Podcast is the #1 podcast.

Some of the show’s highlights this year include Budden’s interview with Nicki Minaj in response to their heated trade-off on Nicki’s Queen Radio and the Slaughterhouse vet slamming Logic as “one of the worst rappers to ever grace a microphone.”

Listen to the latest episode of The Joe Budden Podcast below.