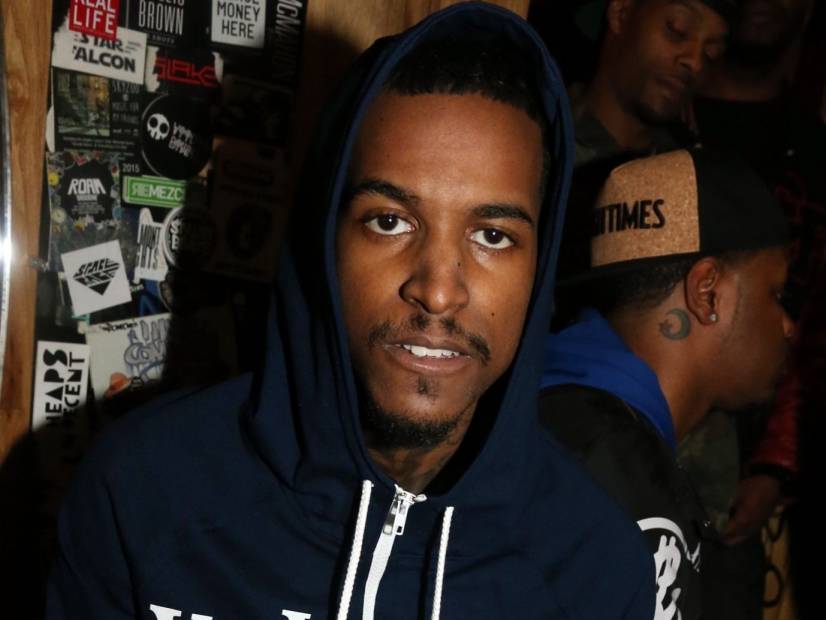 Chicago, IL – Lil Reese is still on the mend following a near fatal shooting in the Chicago suburb of Country Club Hills earlier this month. The Chi-Town rapper was struck by a bullet in the neck on November 11 and needed immediate surgery to repair the damage.

But as indicated by a recent Instagram post, Reese is struggling to get his voice back. On Friday (November 29), he shared three photos of himself shopping at Saks Fifth Avenue. In the caption, he admitted he can’t speak — or rap for that matter.

“Voiceless rite now,” he captioned the photo. “I lost my voice I didn’t lose my life god is good.”

On Thanksgiving (November 28), Reese confessed in a Twitter post he prays for his voice to come back every morning.

“I been waking up 6am everyday checking to see if my voice back,” he wrote. “I pray this Shìt just come over nite.”

Although no arrests have been made in the wake of the incident, police have identified a person of interest. Country Club Hills Public Safety Director William Brown made a statement on November 25, explaining authorities were waiting on an arrest warrant. Police have also recovered a car believed to be used in the shooting.

Following the shooting, Reese showed off his injuries in another Instagram post, revealing multiple staples on his throat.

Made 4 it Lifes a gamble I got hella luck 🖤