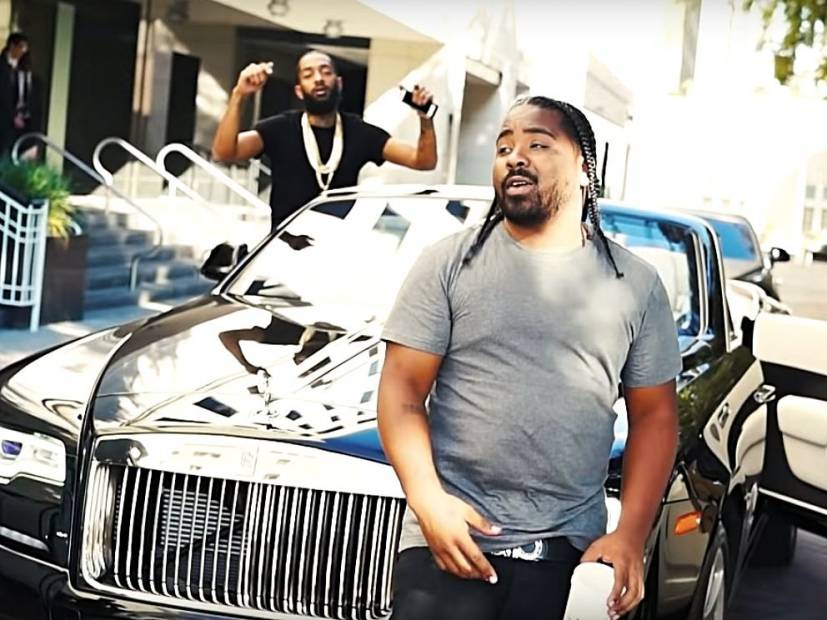 L.A. rapper BH—  a.k.a. Hoggy — is calling out The Game for the second time over what he considers a gross exploitation of the late Nipsey Hussle’s legacy.

BH has made it clear he doesn’t appreciate the Game’s weekly Instagram tributes for Nipsey or his frequent use of the word “prolific.” The word, which Nipsey had tattooed on the right side of his face, was one of the Nip’s most distinct facial features.

BH discussed his issues in a recent interview with the No Jumper Podcast. During the conversation, BH said despite Nipsey’s respect for the Game, he can’t offer the same sentiments.

“Nip respected Game for taking him on his first tour,” he said. “That’s cool and all Game, but all this clout. Like, you posting the homie everyday? Don’t you got dead homies? Go post them. You posting the homie? I don’t even want to see this.”

BH, who is signed to Nipsey Hussle’s independent label All Money In,  also spoke to No Jumper about the Game using the word “prolific” for profit.

Since Nip’s unexpected passing in March, Game has been using the word quite often in his own branding. The Game’s album Born 2 Rap was released on his new independent label, which he named Prolific Records. BH claims Game is trying to capitalize off Nipsey’s reputation.

“Y’all know who got this shit cracking,” BH said “So prolific anything …. that’s like us trying to say ‘Documentary Records’ or some crazy, weird shit like that. No, we not gonna do that.”

The Game is really doing his best to profit off of Nipsey Hussle lol he’s sick. Even Nips friends are mad about it pic.twitter.com/QGx7oV4jwh

The two L.A. rappers first butted heads over the issue in October, when the Game released a line of Prolific Records branded merch, which sold out in less than an hour. BH posted an angry screenshot of the site showing the sold-out clothing line, calling the Game a “clown.”

The Game has defended his use of the word on Instagram, saying in a now-deleted post he has the blessing of Nipsey’s older brother Blacc Sam. However, neither BH nor Hip Hop fans are buying his explanation.