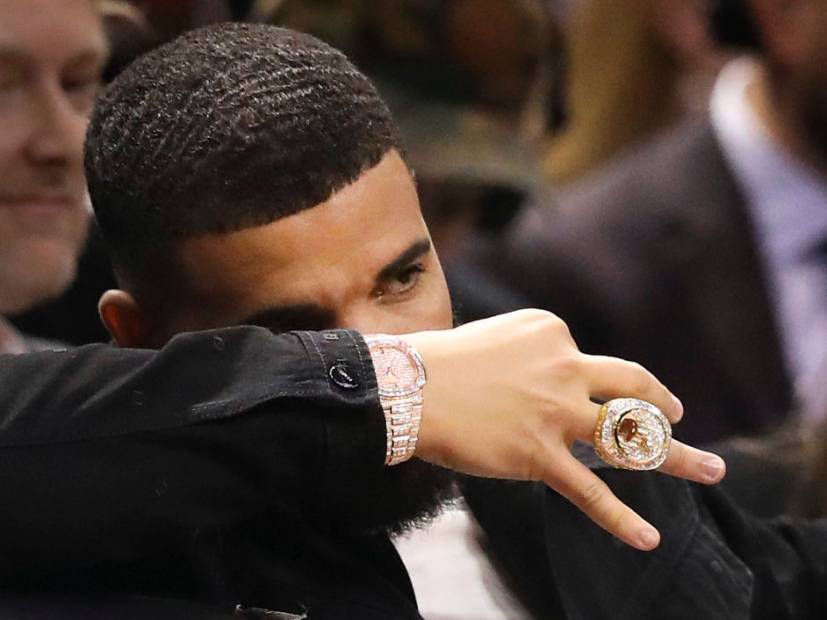 Toronto, ON – According to the stat sheet, Philadelphia 76ers’ star Joel Embiid went 0-for-11 from the field against the defending champion Toronto Raptors and even missed three free throw attempts on Monday (November 25).

It was the first scoreless game of the All-Star’s burgeoning career and the uneventful spectacle took place right in front of the Raptors’ biggest fan: Drake.

Renown for this sideline trolling, Drizzy showed Embiid no mercy.

To say Drake is a welcomed guest inside the Scotiabank Arena is an understatement. Back in October, Drake debuted a 30-carat diamond ring to commemorate the Raptors’ 2018-2019 championship season and had no problems flashing it courtside (which you can be blinded by it as well below).