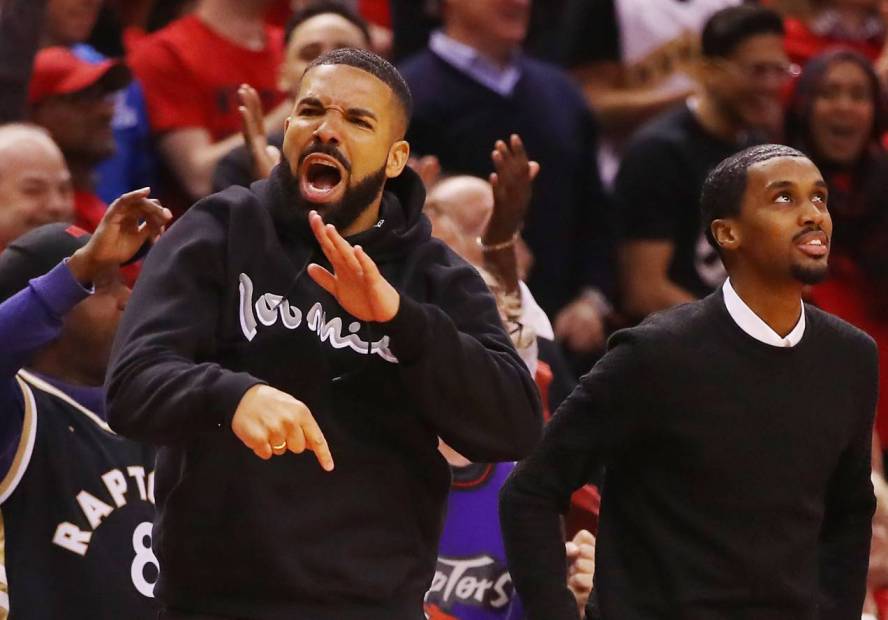 Toronto, Canada – After 24 seasons, the Toronto Raptors are headed to their first NBA Finals against the Golden State Warriors following a harrowing comeback victory against the Milwaukee Bucks on Saturday (May 25). Naturally, Drake managed to create yet another moment during the game — albeit this time much more subtly.

Though it may have been lost on some of the casual viewers, older Hip Hop heads likely noticed that Drizzy was dressed in the same 100 MILES hoody and black pants combo that sideline antagonist Birdie (played by Tupac Shakur) wore in the film Above The Rim.

He even donned a black bandana around his neck, later wearing it over his 2019 finals cap following the huge win — completing the look.

So @champagnepapi’s (not so) subtle nod to Birdie from “Above The Rim” is pretty amazing. #drake #6ixinsix #godsplan #tupac #2pac #rip pic.twitter.com/BaIVpxyLfW

The moment @Drake realized the curse had been lifted! 😭😭😭 pic.twitter.com/CZKqcg55mQ

The illusion didn’t totally work though, as his team won — unlike Tupac’s in the film, leading him to order a shooting. Also, Kawhi Leonard and the Raps looked and played more like Kyle Watson (Duane Martin) and the Bombers.

Anyone interested in getting their hands on the hoody can head over to the 100 MILES online shop.

The NBA Finals kick-off on Thursday (May 30) in Toronto.