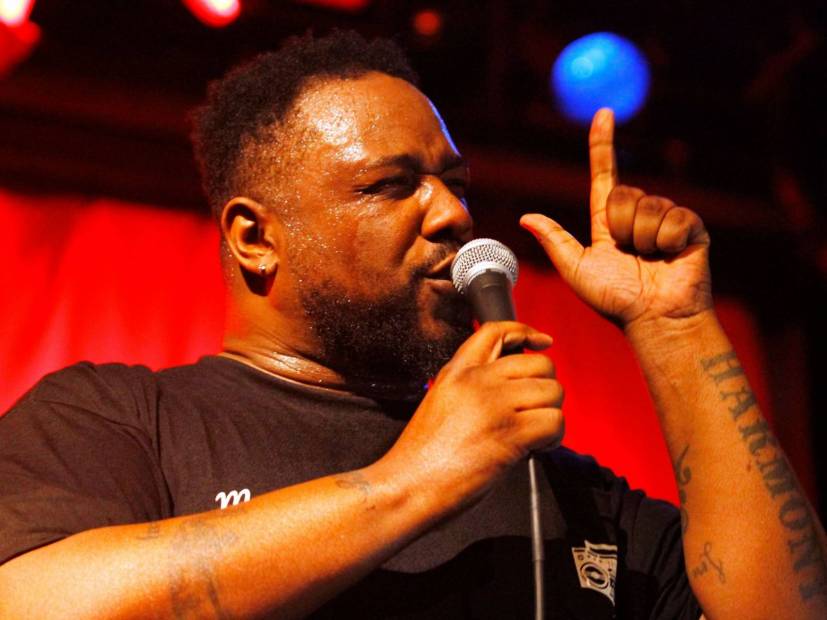 The New York Times ran an article on Sunday (November 24) titled “Rappers Are Singers Now. Thank Drake” for The Decade In Culture segment.

Author Jon Caramanica claimed, “Drake’s So Far Gone mixtape — released in February 2009 — marked the arrival of new path: singing as rapping, rapping as singing, singing and rapping all woven together into one holistic whole.

“Drake exploded the notion that those component parts had to be delivered by two different people, and also deconstructed what was expected from each of them. His Hip Hop was fluid, not dogmatic. And in so remaking it, he set the template for what would eventually become the global pop norm.”

Little Brother MC (um, and singer) Phonte eventually took notice of the article and challenged its author who was promoting the article on Twitter. To help make his point, Phonte quoted the 2006 Radiohead song “The Eraser.”

“The more you try to erase me, the more I appear,” Phonte tweeted on Monday (November 25).

In a follow-up tweet, Phonte doubled down and reminded everyone he’s been singing and rapping years before Drake ever stepped on the scene. In fact, he influenced Drake.

“I’m thankful to make a good living doing what I do and awards/accolades never meant much to me,” he wrote. “But I refuse to let you motherfuckers rewrite history while the niggas who helped shaped it are still breathing.”

I’m thankful to make a good living doing what I do and awards/accolades never meant much to me.

But I refuse to let you motherfuckers rewrite history while the niggas who helped shape it are still breathing.

Drake released his Room For Improvement mixtape in 2006, which featured 9th Wonder, Phonte and Elzhi on the track “Think Good Thoughts” and Little Brother on “Don’t U Have A Man.”

The Toronto superstar even took note of Little Brother’s influence on the song “Fear.”

“What up Little Bruh, what up Slum Vill/I hope you know you’re the reason I have fun still,” he spit.

Phonte addressed Drake’s admiration for Little Brother in a 2010 interview with The Urban Daily.

“It just made me proud,” he said. “I was glad to know that I was able to inspire someone from the next generation just as someone had inspired me beforehand. It was almost like passing the torch … things are coming full circle for me. Lot of cats like to act as if their music is created in a vacuum. But Drake was just very honest.”